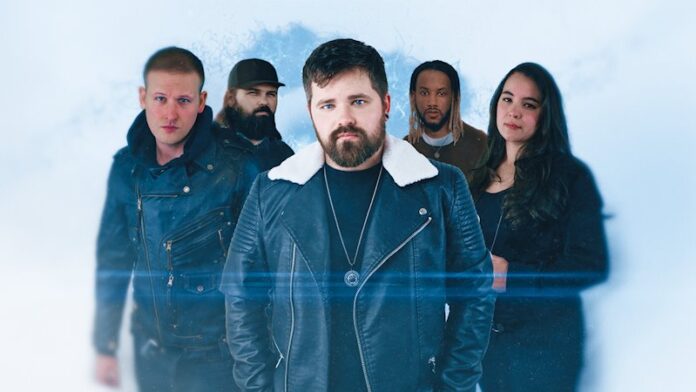 FIGHT THE FADE release new single ‘Where I Go You Go‘, announce new album Apophysitis, out on 22nd July on FiXT

Fight The Fade Announce New Heavy-Hitting Album APOPHYSITIS Dropping July 22″Where You Go I Go” Out Now Via FiXT Five-piece midwest rockers Fight The Fade announce their highly anticipated debut album with FiXT, APOPHYSITIS, releasing on July 22, 2022, and is now available for pre-order.

APOPHYSITIS features 14 ultra-catchy tracks including the turbulent “Cut & Run,” defiant “Matter of Time,”  emotionally riff-heavy “Composure,” and the savage “Buried,” and is a one stop shop for the signature heavy-hitting edge that fans love about the band. Previously released singles have already garnered editorial support from VEVO, Spotify, Yandex, Amazon, and Apple, as well as premieres and features from Outburn, Inked Magazine, Metal Insider, and placement in the Oculus VR game Smash Drums.

Just released with the pre-order announcement is alternative metal single “Where You Go I Go.” The single is another testament to Fight The Fade’s ability to draw an emotional response through thoughtful lyrics, a strong vocal performance, driving rhythms, and hard guitars.

“Where You Go I Go” is out now on all platforms from the independent multi-genre label FiXT.

Known for pulling together influences from rock, metal, and electronic music, Fight the Fade has forged an unmistakable sonic identity that wraps heartfelt lyrical themes within a robust production style and delivers them with nuanced and diverse writing approaches. The band’s work ethic and innovative blend of genres led them to an album deal with independent electronic rock label FiXT in late 2020, with Fight the Fade releasing singles throughout 2021, leading to a full-length album Apophysitis dropping in 2022.

FiXT‘s catalog of music has garnered over 2.5 billion online streams connecting with a core audience of gamers, sci-fi enthusiasts, and comic book fans and serves a worldwide fanbase in over 150 countries, reaching millions of listeners each month.