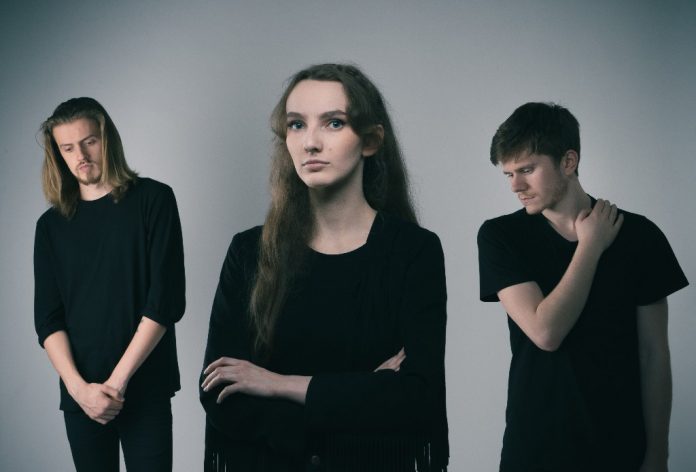 Exciting new piano-prog/rock trio Exploring Birdsong are eager to reveal their video for new single ‘The Downpour’, to be released Friday March 09.

Premiered exclusively via Prog, you can now watch ‘The Downpour’ here:

In the band’s own words:

“‘The Downpour’ has been described as our ‘Great Gig In The Sky’. It’s part of a much larger – and nerdier – concept, and is at the emotional climax of that particular story, but when removed from that context (more of that to come later) it focuses on loss.”

“A lot of the lyrics are open for interpretation and can be subjective to the listener, but the idea we wanted to put across was pure emotional turmoil.”

“It’s one of the songs we’re most proud of, which is pretty mad considering the whole thing was more or less written in a night.”

Although new – ‘The Downpour’ being the band’s second single – Exploring Birdsong have already supported Anneke van Giersbergen’s VUUR amongst others.

Watch the band supporting Godsticks at London’s Camden Assembly on May 05.

Previous article
Prog, Rocks
Next article
Remain In The Abyss