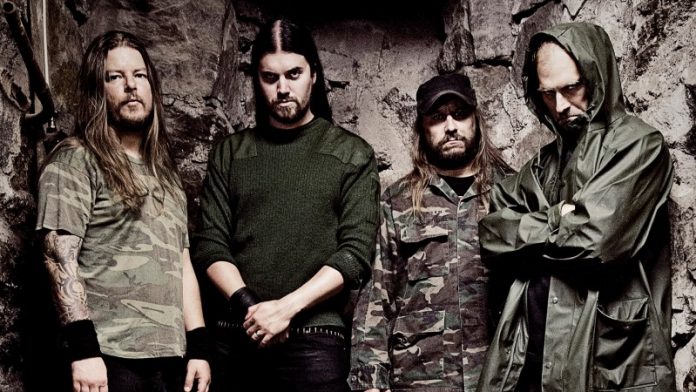 The deadly dawn of a new ENTOMBED A.D. chapter will be opened on February 26th, 2016 with a new album full of death and rock and roll. Now the band has launched a video for the brand new song ‘The Winner Has Lost’, directed and produced by Marcus Witold.

The band comments on the video: “We were about to brew a collaboration beer with Warpigs in Copenhagen. An Imperial Stout that is a mix of Mikkellers “Beer Geek Breakfast” and 3 Floyds “Dark Lord”. It will basically taste like we sound.Very heavy stuff. We were looking forward to a day of brewing beer, drinking beer and eating bbq. Then we were told that we need a new video asap. So we got a great idea and perfect solution: let’s just film us brewing, drinking and eating and spending the whole budget on that! And so we did. Best day at work ever.”

Physical formats of “Dead Dawn” can be pre-ordered at the following locations:
CMdistro.de
EMP

‘Dead Dawn’ is offered in the following physical formats:

The LP version is available with the following vinyl colors:

You can listen to the song ‘Midas In Reverse’ here: https://www.youtube.com/watch?v=IWFuyjQiBAs

Previous article
A Taste For Sin
Next article
Go Green