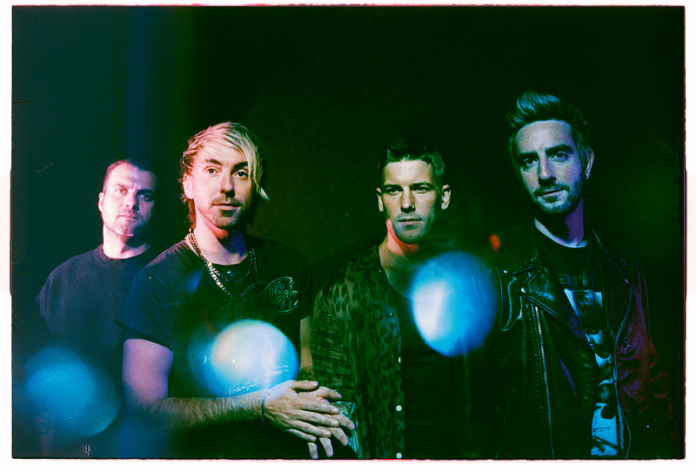 Following the recent announcement of their show on March 17th at London’s OVO Arena Wembley, All Time Low have announced details of European headline run for February and March next year, which includes dates in Glasgow and Dublin.
Full dates are below:

All Time Low recently took home “Alternative Rock Song of the Year” at the iHeartRadio Music Awards for the record-breaking platinum-certified smash “Monsters” [feat. blackbear]. The song previously clinched #1 on the Billboard Alternative Airplay Chart for an unprecedented 18 weeks, emerging as the longest charting song ever at the Modern Rock format.

Last year, the band served up the collaborative single “PMA” (Feat. Pale Waves). “PMA” followed on the heels of the band’s other 2021 standalone single, “Once In A Lifetime,” which reached the Top 5 at Alternative Radio and attracted critical acclaim. NME hailed it as “reflective” and “hopeful,“ and KERRANG! dubbed it “anthemic and infectious.“

All Time Low’s latest studio album Wake Up, Sunshine was released in April of 2020 and debuted at #1 on Billboard’s Top Rock Albums Chart. Billboard proclaimed, “The album is All Time Low’s most vibrant set to date, combining the band’s rambunctious spirit with roaring guitars and anthemic melodies.“ Forbes praised the collection as “an album that crackles with youthful exuberance and the energy of a live show,“ while Nylon declared “All Time Low just wants their new album to make you feel good.“ Wake Up, Sunshine is available physically and digitally nowHERE.