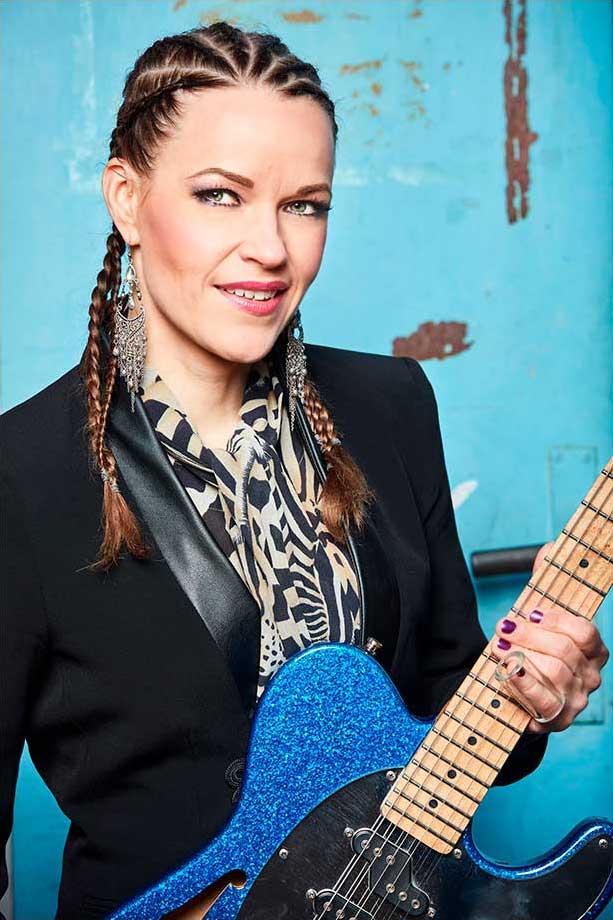 European Blues Award winner Erja Lyytinen will return to the UK in March 2019. The Finnish slide-guitarist is currently on a short tour of the UK and is pleased to return for a nationwide 12-date tour in 2019. The tour will include shows in Brighton (March 18), Sheffield (March 21), Glasgow (March 23), London (March 26) and Birmingham (March 28). Tickets for all dates are available now via www.solidentertainments.com or from the Box Office (no booking fee): 01472 349 222 (Mon-Fr: 9am-5pm).

Erja will release her new studio album in 2019 on her own record label Tuohi Records. The new album will feature guest performances from Sonny Landreth and Jennifer Batten (Michael Jackson). The album will include Erja’s two new singles “Without You” and “Another World”, which were released digitally in 2018.

Erja has just been nominated for the second year in a row as Guitarist of the Year 2018 by the European Blues Awards. Cast your vote for Erja via this web link – https://europeanbluesawards.wordpress.com

“The song has a lot of meanings,” says Erja about the single ‘Another World’. “First of all, it is a love story. It´s a dream about loving somebody in another dimension, because it´s not possible in this world. I have always loved sci-fi movies, so I wanted to add something extra-terrestrial and supernatural to the video, too.  It also points out how important it is for us to be aware of environmental aspects. Do we need to find another planet someday to be able to breathe? All this has been wrapped together by these two worlds happening at the same time, and how in the end it is important that we as lovers, and as a human race, could survive.”

Erja continues: “We added big guitars on the track and it has a guitar solo inspired of blues rock – guitarists such as Eric Gales and Jimi Hendrix. The melodic 80´s rock music was also a source of inspiration while writing the song. Heart is one of my all-time favourite rock bands, and when performing their hit song “Alone” on Stars Stars on National TV last year, it kind of brought me back to that music style.”