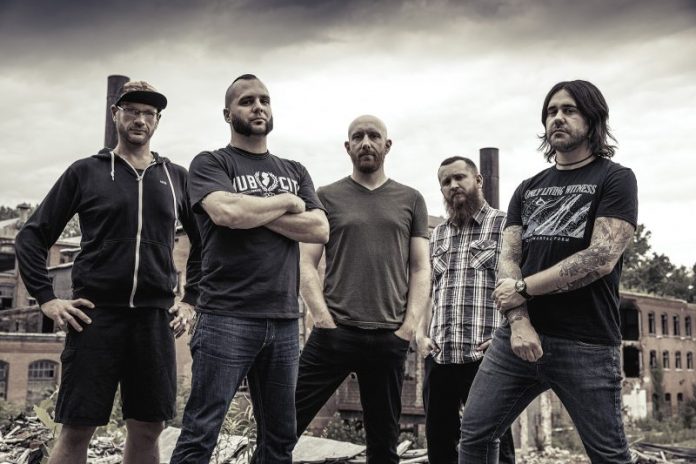 New DVD out now, watch a clip here
Grammy-nominated hard rock band Killswitch Engagereleased Beyond The Flames: Home Video Vol II, this Friday, December 9. The release is a two-disc Blu-ray and CD package.
Fans can pre-order from Amazon at: https://www.amazon.co.uk/Beyond-Flames-Killswitch-Engage/dp/B01M6DLEUQ
Beyond The Flames: Home Videvbo Vol II is a treasure trove of gripping content, containing over 3.5 hours of footage. It is a complete piece that is sure to delight KsE fans, both diehards and casual, due the compelling history of the band and the honesty in which the story is told.
At the heart of this release is the 75-minute documentary that chronicles the return of original vocalist Jesse Leach, after nearly a decade away, to the band he helped form back in 1999.
The release also examines the KsE early years that eventually led to Leach’s initial departure. Produced and directed by KsE storyteller Denise Korycki, this documentary picks up right where their 2005 {Set This} World Ablaze release left off, revealing the untold rest-of-the Killswitch Engage story.  Watch an exclusive clip from the documentary here.
For those KsE fans craving more live footage, Beyond the Flames: Home Video Vol II delivers in spades. Seventeen live performances have been captured from around the globe, including Leach’s first show back in the band, Download Festival, Knotfest, Loud Park Japan, and some surprises along the way. Here, fans can enjoy Killswitch Engage in their most natural state —  alive, raw and reunited, doing what they do best.
Additional bonus material includes music videos, unique individual band member profiles, outtakes, and a bonus audio disc of six, previously unreleased live tracks from the band’s now-legendary 2014 “Monster Mosh” show in Worcester, Massachusetts.
The track listing for the live CD is: