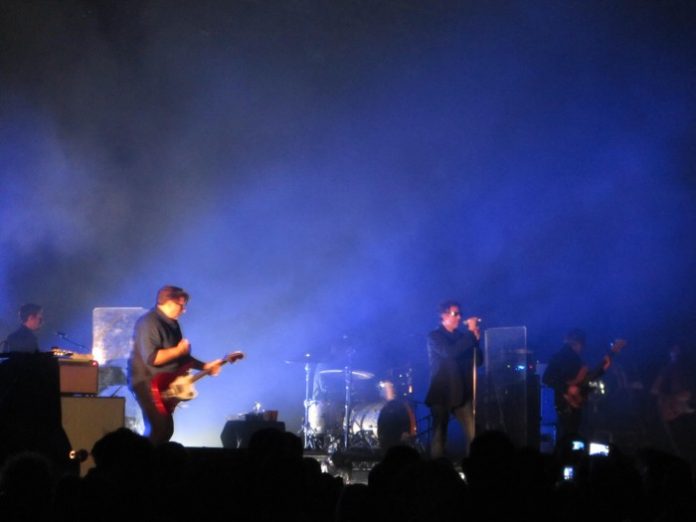 Damian is sent to Coventry for a double bill

A healthy crowd of around two thousand great the Buzzcocks onto the stage for this excellent double bill. Straight into “Boredom” – although not that there is any time for that in a breakneck set, “Fast Cars,” roars past, and things are brought right up to date “People are Strange Machines” a track from last years release. With Steve Diggle – who sings “My Way” – in wonderful form, The Buzzcocks seem to have taken a new lease of life and it’s down to the addition of two superb young musicians in the form of Chris Remington on bass and Danny Farrant on drums.

The great thing about this band is that you’re never far away from a superb three minute classic that you remember but haven’t played for a while.

Steve Diggle takes over vocal duties again from Pete Shelly for the cracking “Harmony in my Head” where he gets a good percentage of the crowd singing along. The only downside is when somebody chucks a full pint of beer that hits Steve in the chest. Some bands would walk off. Not here, instead he ends the song and challenges the person who threw it to head up to the stage where it can be sorted. Steve ain`t the biggest guy in the world but he ain`t a guy you wanna upset. 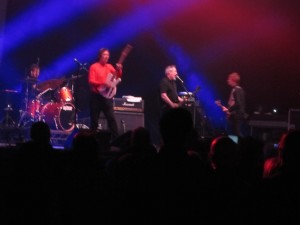 Things are finished off with two more classic tracks “Ever Fallen in Love (with someone you shouldn’t have)” and “Orgasm Addict” Pete Shelly`s voice was excellent tonight and it seemed that the band enjoyed the gig and relished the prospect of kicking the night off.

A short break and Echo and the Bunnymen emerge. “Villiers Terrace” kicks us off and Mr McCulloch`s voice sounds a little cracked and I fear the worst.

But the trooper that he is, seems to improve vocal duties as the show progresses.

Maybe he just has to warm up. He wraps his vocal chords around “Bring on the Dancing Horses”, “The Cutter”. “Rescue” but all are interspersed with the witty remarks from the man such as: “This is the seventh sexiest song ever written” and the “Second best song ever.” He is on top form. A Bunnymen show is never complete without the marmite thoughts of Chairman Ian. His views or thoughts on The Beatles, Liverpool FC and Gerry Marsden all get aired. Fans are tolerated with “I may play that after the next two songs, can you wait, coz I can”. We get a couple of covers in the form of the Doors “People are Strange” and Lou Reed`s “Walk on the Wildside”, we even got a blast of “Roudhouse Blues”.

Ian talks about his long time mate and foil, the underrated Will Sergent who seems to just ignore his buddy’s ramblings and concentrate on his intricate and wonderful guitar playing. The band are at times mesmerising and this is in no small part to the aforementioned guitarist.

The ninety minute set concludes with “Lips like Sugar” and we are sent home happy and sated.

This was a cracker of a night.Being sent to Coventry isn’t such a bad thing at times.