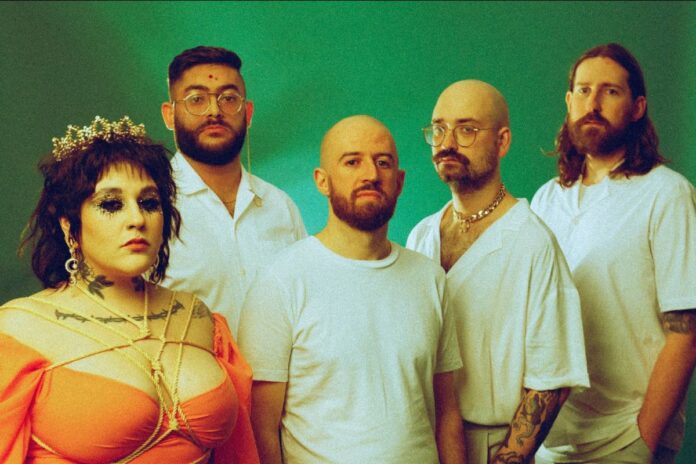 Pre-order the album and stream the single here: https://orcd.co/theyfearus

The video for ‘Camera Eats First’ references Martin Scorsese‘s legendary short The Big Shave, with vocalist Djamila Boden Azzouz’s makeup design a nod to Marie Antoinette and her attributed quote ‘let them eat cake!’. The band comment: “With this video we’re using stark contrasts to create a sense of pure unease – rococo indulgence meets clinical experiment, luxury with grotesque gorging, beauty with violence. The discomfort is designed to hold up a mirror to ourselves; in an era of self-surveillance and constant presentation, who is in control, who is the aggressor and, ultimately, are you devouring or is the camera devouring you?”