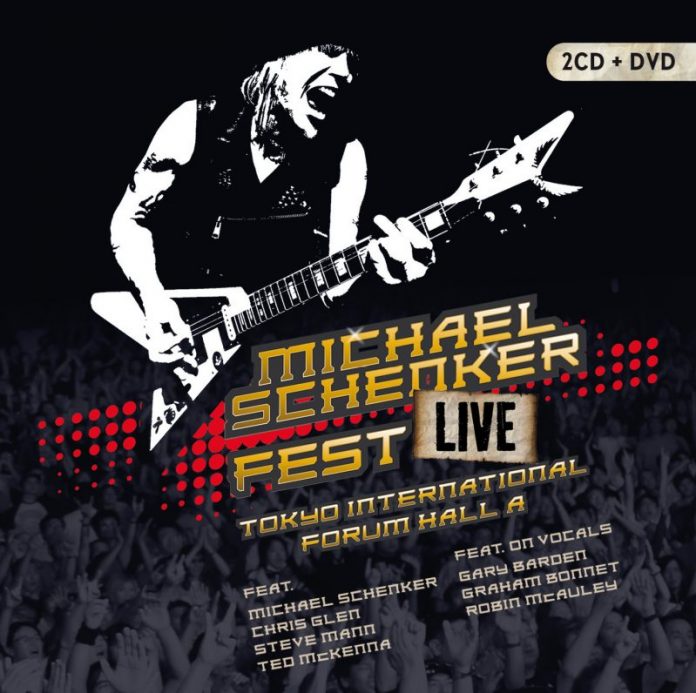 August 24th 2016 is a night that will probably go down in the annals for those that were there at “Schenker Fest” (and by the way, how iconic do you have to be to have a “Fest” named after you?). That was the night when history was made and Michael Schenker surrounded himself with the musicians that he had worked with in the Michael Schenker Group and The Mcauley Schenker Group. All on one stage, for one glorious 100 minutes – whatever differences they had were put to one side and they all remembered they were some of the greatest rock musicians with some of the greatest rock songs there is to choose from.

The venue for this? Well, there was only one, wasn’t there? Michael and his merry band of brothers returned to the Budokan in Japan – scene, of course for many legendary live albums, not least of which was MSG’s 1982 effort. 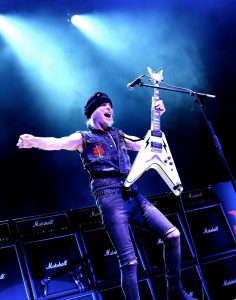 All that was left was to get some cameras in to capture the magic. They could have got this wrong by going for flashy shots and strange angles. Thankfully though,on a night that was all about a celebration of not just music, but this music, they have allowed the songs to speak from themselves and this beautifully shot DVD is a perfect document of the evening.

The format for the  gig – basically – is the set is split into three parts, each preceded by a Schenker instrumental. So Gary Barden gets to prove his worth on “Attack Of The Mad Axeman”, a brilliant “Victim Of Illusion” and others, before his segment ends with “Armed And Ready”.

Barden is replaced by Graham Bonnett,- who dressed in a suit might have something of the appearance of a gangland villain about him, but as he proves on “Attack Attack” remains one of the great voices, and as the other singers join him on “Dancer” you really get a sense of just how special this show was to all who saw it and were involved.

The third act, if you will, sees Robin McAuley add his Dio like stylings to the likes of “This Is Not A Game” and “Save Yourself” before the show ends in the only way it ever could, in honesty. Three UFO songs, “Shoot Shoot”, “Rock Bottom” and “Doctor Doctor” – the last of which is genuinely probably the most uplifting five minutes you will see on any screen anywhere this year. 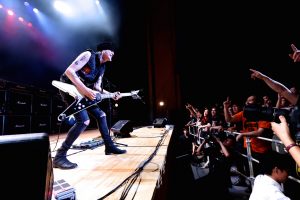 And that, more than any discussion of the music, the production values or anything else, is rather the point here. Just look at the joy on the face of Schenker, of drummer Ted McKenna, of guitarist Steve Mann and bass player Chris Glen – but most especially the crowd – and you will get an insight into what this means.

On the sleeve notes Michael Schenker’s own dedication says this: “It seems like a meant to be situation for all of us, including our fans. This is a perfect enjoyable gift we are all grateful for.” A man better known for his music has also evidently got quite a way with words and this a wonderful and celebratory affair. 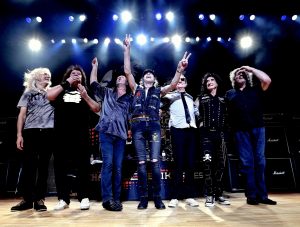