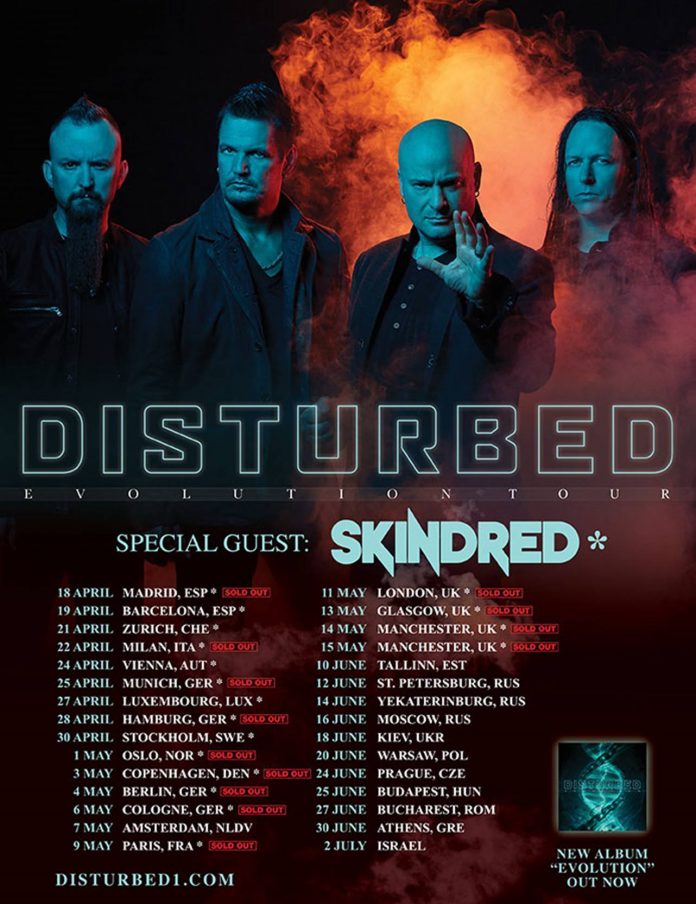 Following what was an extremely busy end to 2018, Skindred are pleased to announce a rollercoaster of a year for 2019, with the band being announced this morning as being special guests on Disturbed’s “Evolution” European and UK Tour.

In a band Statement Skindred said  “We are thrilled to announced that we will be joining our great friends in Disturbed on their upcoming “Evolution” European and UK Tour.  We are beyond excited to be part of this run and can’t wait to play for you all alongside one of our favorite bands and are looking forward to delivering you the best Skindred shows you will have ever seen. Big Love Arya, Benji, Dan and Mikey x”

The announcement of Skindred joining the Disturbed dates means that Skindred’s own previously scheduled extensive European tour has been pushed back from next month until November in what promises to be an extremely active year for the band.

This follows the release of Skindreds current top 40 album Big Tings on Napalm Records which has continued to win acclaim across the globe.

for more details go to