DREAM OF THE BEACH 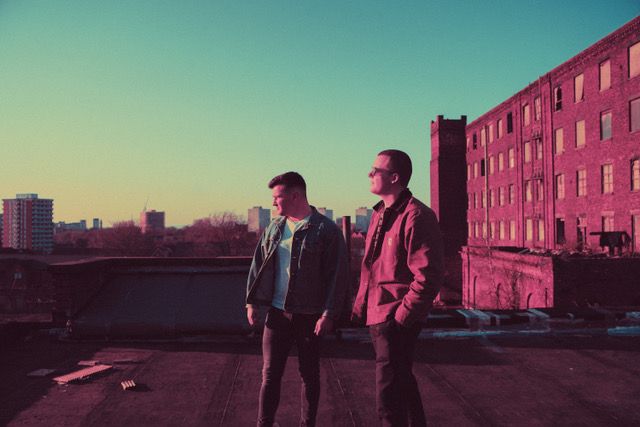 ECHO BEACH are back with stunning new single, “Am I Dreaming?”

A huge synth-driven anthem that really marks another step up for the band, the single was produced by renowned producer Gavin Monaghan at Magic Garden Studios. The track follows on from the success of their debut single ‘Sea of Glass’ which saw the band receive acclaim from Jim Salveson, Shell Zenner at XS Manchester and Charlie Ashcroft at Amazing Radio.

“During lockdown I was having some pretty crazy dreams,that didn’t exactly make a lot of sense but at the time everything seemed really intense, and I wanted to capture that in a song.”

Hanson certainly manages to do this as the track opens with a thumping rhythm, expertly orchestrated by drummer Danny Pash, complemented by an effortlessly smooth riff that dances across the opening bars of the track. Hanson’s vocals thunder in to bring the track to its rapturous crescendo with the choruses incorporating beautiful strings that add a cinematic flourish to the huge sound producer Monaghan has crafted. The track finishes with a return to that driving rhythm as Hanson repeats his final battle cry of “I will never let you go…”, rounding off a magnificent piece of work that is ready-made for the live audience.

The collaboration with the highly selective producer Monaghan, whose previous clients include Robert Plant, Editors and the Blinders, has allowed the band to further realise the potential their earlier releases had shown:

“Working with Gavin has taken our music to the next level. Working with a producerat the top of their game makes such a massive difference” remarks Hanson. We loved the whole vibe of Magic Garden studio, when we walked in Gavin had the fire on, it was proper laid back and the perfect space to be creative in.”

The synth-pop outfit formed in Leeds a year ago, rising from the ashes of previous band, Paradas. Having begun to forge a reputation in the city, supporting the likes of Red Rum Club, it came as a surprise to both Hanson and Pash that they would have to start again. But creative differences led to them leaving Paradas and embarking on a new project, one much closer to their heart, taking inspiration from indie rock icons, Last Shadow Puppets, Miles Kane and Johnny Marr.

And following their debut release last year, they present “Am I Dreaming?” an energetic, brilliant single from a band still in its infancy but with a very bright future ahead of them.

Previous article
GET LOS
Next article
10 YEARS OF TOUR DATES