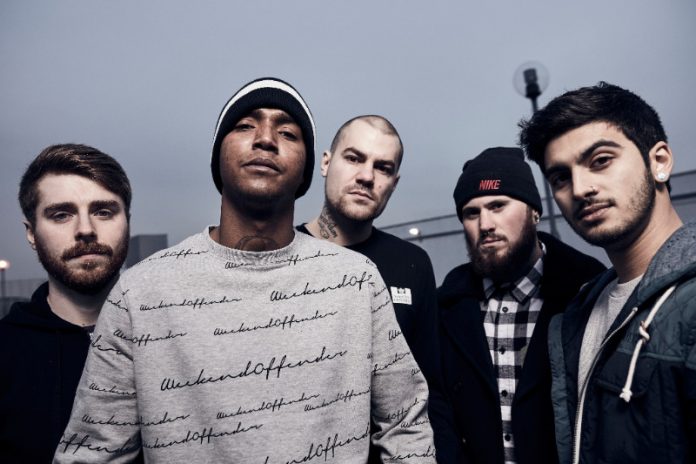 New video ahead of tour

Trailblazing UK 5-piece HACKTIVIST have revealed a brand new version of ‘Deceive & Defy‘ featuring Heart Of A Coward frontman Jamie Graham. The track is the second taste of their highly-anticipated debut album Outside The Box, which is set for release worldwide on March 04 via UNFD (UNFD/Rise Records in the USA).

Of ‘Deceive & Defy’, co-vocalist Ben Marvin says: “This song is about the illusion of success in mainstream music – how people can be loved one day then hated the next. There’s nothing wrong with starting from the bottom and working to where you want to be. You’re way more likely to last longer at the top and be remembered if you don’t sell yourself out.”

Guitarist/vocalist Timfy James adds: “Deceive And Defy for me is an all-round impression of us as a band and what we stand for. You can’t just buy your way into music – it takes blood, sweat and tears, something H know all about.”

The quintet recently announced some intimate club shows to coincide with the release of Outside The Box,  where they’ll be joined by Counting Days.

The band will also return to the road with Issues in May. The line-up will be completed by Astroid Boys.Dates: