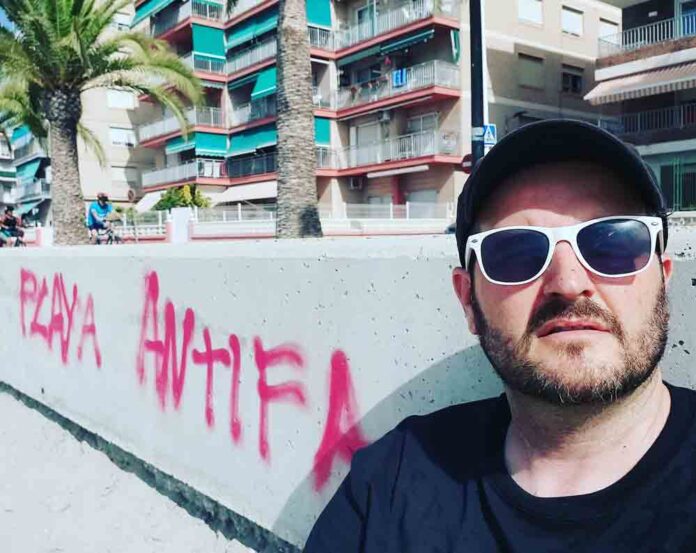 James Domestic, frontman from East Anglian hardcore pioneers The Domestics, has released not one but TWO new videos.

The suitably summery ‘Holiday’ is the fifth single to be taken from the Suffolk-based renaissance punk’s widely acclaimed debut solo album Carrion Repeating. The video, shot on the front in Clacton, once again features the Alligator Man, now a fixture of Domestic’s videos.

“For me, one of the most exciting things about this is that GMPMSK have done an amazingly good remix of ‘Holiday’,” says Domestic.  “If you’re unaware, GMPMSK is Dave Ellesmere (ex-Discharge, Dr & The Crippens, Disgust, Flux Of Pink Indians, etc.) who has been making electronic music under many different aliases in Berlin for 20 years now. If you’re into dub with a serious Scientist / Lee ‘Scratch’ Perry / Massive Attack / King Tubby feel, I reckon you’ll love this.”

Check out the video for the GMPMSK remix of ‘Holiday’ here.

‘Holiday’ and Carrion Repeating are out now on Kibou Records through TNS (UK) and Amok (DE).

Previous article
HALF LIFE
Next article
A STARR IS BORN