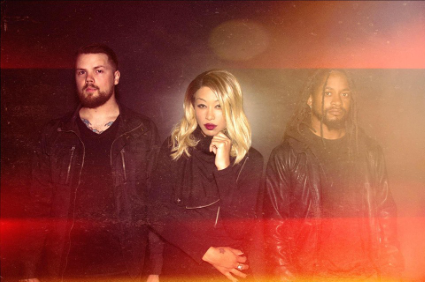 Heavy metal and hard rock fans are a fickle and discerning bunch. Bands that attempt to make a career for themselves by trend jumping with half-hearted devotion do not last. Straight Line Stitch has been steadily ascending the ranks of metal and hard rock through authentic and impassioned performances, an organic evolution of their writing and recording, and a tried and true road warrior mentality towards touring. The band defined who they were early on in their career and held steadfast to their beliefs while making the natural progressions and growth of a committed touring band. While being genuine at the core of a band’s being is an absolute necessity for credibility and longevity, it gets you nowhere fast if the songs do not matter.

The SLS sound is commanding and universal, engaging casual fans of hard rock and satiating the most stringent fans of metal. The tenacious musicianship is on full display upon first listen, quickly establishing the virtue of the players. The balance between aggressive punch and highly charged hook goes a long way to explaining the wide and diverse range of devoted SLS loyalists. Whether sharing the stage with the titans of metal like Slayer, or playing a coveted slot at the Punk driven Warped Tour, Straight Line Stitch captivates and levels all in attendance. Vocalist Alexis Brown is a blazing persona that demands the attention of a room. Throughout their songs, Alexis navigates a seamless shift from harrowing screams to heartfelt melody that adds depth and sincerity to their music. Her clean vocal parts never take a back seat to the punishing screams, as they are sung with an assertive power and spirit that soar mightily.

The new EP ‘Transparency’ will be released 30th June 2015 via Pavement Entertainment.

Straight Line Stitch initially formed around 2000 and issued an EP and a demo album before adding female vocalist Alexis Brown (*voted one of the worlds’ TOP 50 ‘Greatest Rock Stars’ by Kerrang! Magazine August 2011) to the band in 2003. Brown sang on their self-released 2006 effort ‘To Be Godlike’, for which they filmed a video for the single ‘Remission’. Their first nationally distributed album ‘When Skies Wash Ashore’ (Raging Nation Records / KOCH Records) appeared on The Imprint in 2008, with another album, ‘The Fight of Our Lives’, arriving in 2011. ‘The Fight of Our Lives’ reached No. 5 on the BILLBOARD HEATSEEKERS CHART andNo. 34 on the Top Independent Albums chart. The band playedDOWNLOAD FESTIVAL in 2011 and followed that up as **special guests to LACUNA COIL on their UK tour in 2011. On 26th July 2014, during ‘The Dog Days Of Summer Tour’, Straight Line Stitch released their self-titled EP.
Straight Line Stitch are: