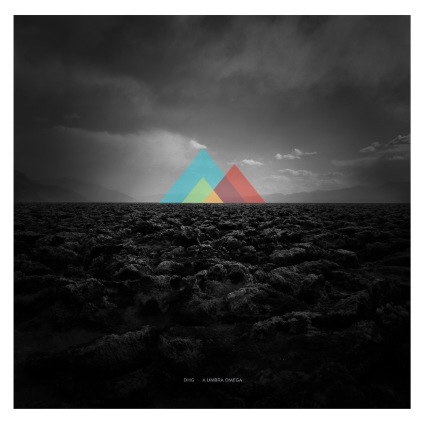 After beginning as a Death Metal band (Fenriz of Darkthrone was in the band on bass originally) Dødheimsgard decided that the DM sound was all a bit, well, samey. And these boys wanted to experiment.

With that they moved off into all sorts of directions, inventing a kind of psychedelic side to their music. Unafraid, unapologetic and totally independent, not for nothing was one of their records called “Satanic Art.”

It’s been eight years since their last record – “Supervillan  Outcast – and there has been a significant change in the camp. Original singer Aldrahn is back to lend his vocals to proceedings alongside band mastermind/writer/producer Vicotnik.

Over the course of their careers Dødheimsgard are no strangers to making downright odd, always challenging music, especially on their classic early output such as “666 International.” That said, though, even for DHG “A Umbra Omega” is a left turn.

To call “……Omertà” “challenging” would be like calling Usian Bolt “a bit quick” or England’s World Cup Cricket campaign “slightly disappointing.” What is contained here is essentially a wall of impenetrable sound that you really have to work to understand.

This unbelievably meandering opus begins with a minute of white noise in the shape of “The Love Divine” – it says much for what follows that this is a palette cleanser. Of the five other tracks here, the shortest clocks in at over 11 minutes.

Picking out individual songs here is a little pointless. These are pieces of music, this is an album, that exists almost entirely on its own terms, and does whatever it wants to, at whatever point it chooses. So, harsh death metal passages mix with piano, which mixes with jazz trumpets and all in a context where time does not matter. It’s one of those records where anything can happen and most usually does.

It is wonderfully played – some of the musicianship here on pieces (word chosen carefully) like “God Protocol Axiom” is incredible, and as for whether it’s enjoyable, well that was never the point you’d guess.

The point was to make a bold, brave and slightly mad, ridiculously sprawling record that is almost frightening in scope and ambition. On that, and so many other things, “A Umbra Omega” succeeds beyond measure.