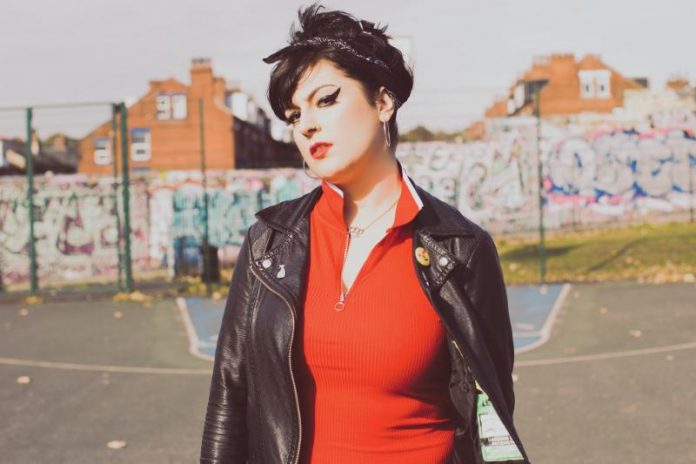 Louise Distras is pleased to announce she’s back on the road for a stretch of headline tour dates next January.

Commenting on the news, Louise says

“It’s going to be just me, my guitar, and my songs. I can’t wait to hit the road and finally share everything I’ve been working on over the past 12 months.”

This year Distras announced she’s been recording her sophomore album in Oakland CA with producer Ross Petersen (Bruce Springsteen, Goo Goo Dolls, The Vamps). Set for release in 2019, Louise says the new record will “take the songs to a new level with harder hitting lyrics and harder hitting concepts.”

Tipped as the voice of punk‘s next generation, praise has poured in from the likes of Kerrang! Magazine, The Guardian, Vive Le Rock, Louder Sounds, BBC Radio 1, Radio X, and KROQ. She’s also appeared at Glastonbury, 2000 Trees, Godiva, Punk Rock Bowling and shared stages with Billy Bragg, Buzzcocks, The Damned, Stiff Little Fingers and The King Blues to name a few.

Louise’s headline tour will be the perfect teaser of what to expect from the new album. Her talent for crafting powerful and direct messages with addictive melodies over righteous punk rock hooks has really come to the fore more than ever before. Hold tight!

Tickets for the tour are on sale now and available from www.louisedistras.co.uk and See Tickets

27 Jan – Portsmouth Edge of The Wedge

31 – Jan Bishops Stortford The Half Moon