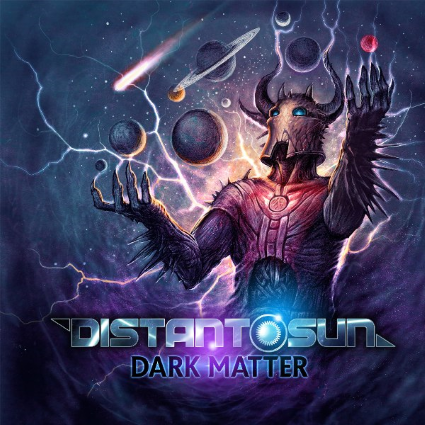 Power metal outfit release debut at the end of the month

Russian power/speed metal act DISTANT SUN will release Dark Matter, their full-length debut, May 30 on Metalism Records on CD and digital formats. The album is the follow-up to 2012 EP Sunless Citadel(Sublimity Records) and features 10 songs in the finest traditions of melodic European power metal, bolstered with elements of American thrash metal. A deluxe digipack edition that includes several bonus cover songs will be released later in the year.

Though DISTANT SUN’s main influences are speed and power metal bands like ANNIHILATOR, ICED EARTH, BLIND GUARDIAN and RAGE, listeners will note a James Hetfield-type vocal style. No keyboards or drum samples were used during the recording, and the overall sound brings the feel of the heavy 90s. The drums on Dark Matter were recorded in Kiev, Ukraine, while the remainder was produced in various Moscow studios. The lyrics deal with a variety of topics, including science fiction, space travel, mysticism, fantasy and adventure. The cover art was designed by W. Smerdulak (ARKONA).

The band is planning its very first gigs for the autumn of 2015 in promotion of Dark Matter, after which DISTANT SUN will begin work on a sophomore full-length.