DIMMU GET IT WRITE 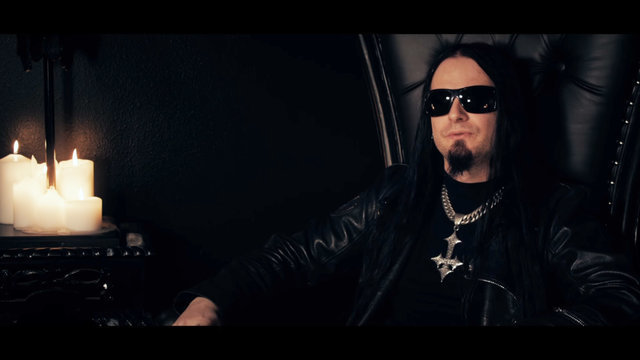 “Combining orchestral elements with thrash metal riffs or black metal riffs can be quite challenging,” Shagrathstates. “But that’s how we like to make music, to mix unexpected elements – it’s almost like mixing water with oil: Everyone knows that this doesn’t really work, but we MAKE it work!”

Last week, the Norwegians have unveiled their second single, the experimental and folkloristic ‘Council Of Wolves And Snakes‘, which shows a completely different side of DIMMU BORGIR.

Being one of the successful extreme metal forges on the planet, DIMMU BORGIR have been dominating the symphonic black metal genre for 25 years. The songwriting core of DIMMU BORGIR furthermore consists of charismatic vocalist Shagrath, as well as the string wizards Silenoz and Galder, but other familiar faces also emerge from the darkness: Drummer Daray and keyboarder Gerlioz are still part of the team, and GauteStoraas helped with the choral arrangements for the majestic voices of the Schola Cantrum Choir. As the title Eonian indicates, the band’s 10th full-length release is dealing with the illusion of time and marks a tribute to both the band’s own past as well as the Norwegian black metal history.
—
More info:
www.facebook.com/dimmuborgir
www.nuclearblast.de/dimmuborgir
www.twitter.com/dimmuborgir

Previous article
SEND IN THE CLOWNS
Next article
Killer Queen?