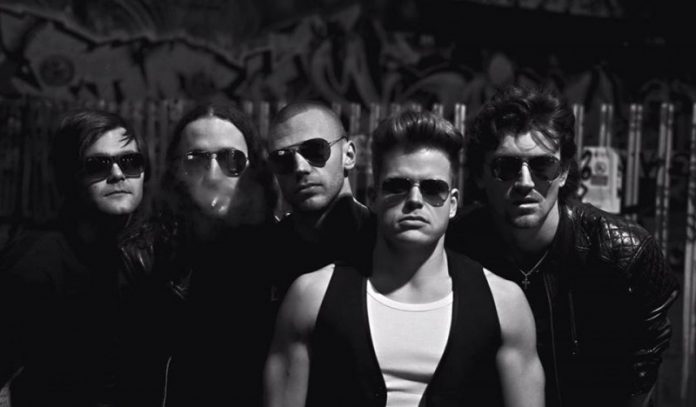 Broken Road Records is thrilled to announce that the London-based classic rock band deVIence (pronounced Div-eye-ince) has signed with the label to release its self-titled debut album. The record, made up of 13 storming tracks, is like a breath of fresh air for the rock genre. It has a distinct 80’s feel to it with an added cutting edge modern sound thrown in for good measure.“deVIence fills the void in all that has been missing in rock music for the last two decades,” said Anthony Hart, label owner of Broken Road Records, “These guys are exactly what classic rock fans have been waiting or, only with a twist that is very 2016.”

“We are excited to be working with people as proactive as the team at Broken Road Records,” said Gio Spanó, lead singer of deVIence, “The fact that they share our overall vision and we are all on the same page means that we now have the strongest team we have ever had behind our music.”

The sound of deVIence is defined by soaring vocal melodies, swaggering riffs and pulsating rhythms. If you like anything from classic rock to contemporary noughties beats, your ears will be pleading for more!

The band established themselves in 2013 as members Gio, Ben, Donnie, Jim and Olli came together with a common passion for making music, the group drawing together differing but seamlessly compatible individual influences which soon combined to form a distinctive new sound. The highlight of the band’s journey thus far has been a trip across the pond to Los Angeles where they played to a great reception in famous venues such as The Viper Room and Whiskey A Go Go on the Sunset Strip. The band has also played at numerous established venues at home in London such as Borderline, The 100 Club and Sound.

deVIence always bring no less than an electrifying performance to the stage, and make their principal objective providing the audience with a memorable show.