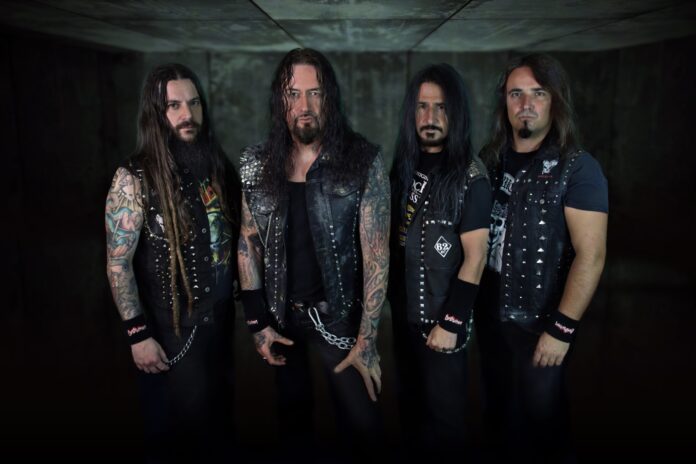 This Friday, April 8, the world finally gets to celebrate DESTRUCTION‘s 40th anniversary with their hard-hitting full-length, Diabolical! On the new single “Repent Your Sins”, the German thrash metal icons sound better than ever, fully displaying their unbeatable craft as the pioneers of thrash metal – never stepping off the gas!

On their 15th studio record, DESTRUCTION brings out heavy artillery full of honest and uncompromising thrash metal, catapulting you straight into the seventh heaven of metallic bliss and causing a massacre of razor-sharp sound no fan of the genre should miss!

DESTRUCTION singer/bassist SCHMIER about the new video:
“The music and the song itself shows the more groovy part of the new record. I love the diminished riff and the way Randy grinds the beat into your head! This will be an awesome LIVE track for sure! The lyrics of REPENT are about the history of abuse in the Catholic church! A rather tragic and sad part of human history, that is still covered up by our governments. It seems the laws that count for all of us do not apply for servants of the church. UNREAL INJUSTICE!”

“The video itself tries to show the soul torment of the culprit. To live with your dirty deeds but pray about love and kindness can not be justified and needs to be accused, named, remembered and wiped out!”