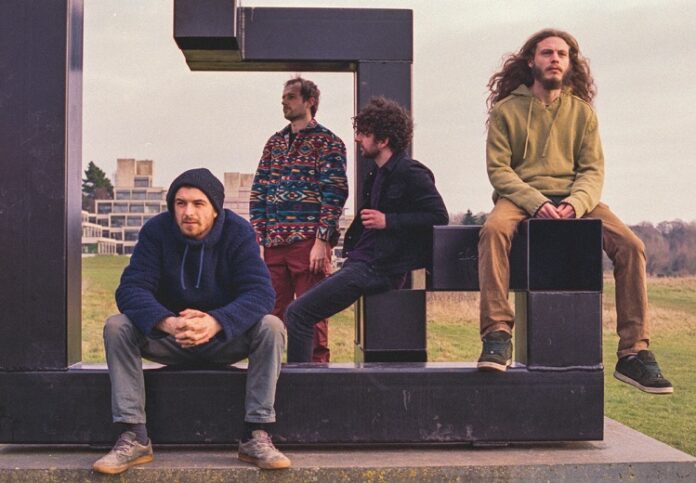 Norwich alt/noise-rock band Eat Your Own Head are pleased to reveal the video for their new single ‘Denied’ which is released 4th May 2022.

Charting their studio sessions for the album with producer Tom Peters (Alpha Male Tea Party, Bicruious, The Hyena Kill), the candid behind the scenes footage is the perfect pairing for this introspective offering from the band which muses on anxiety, overthinking, and vulnerability, and how it can negatively affect behaviours and relationships.

An already proven live favourite, this slow-headbanger is the perfect definition of a grower, and shows a versatility and dynamism to the band’s songwriting that hints at broader strokes on the album.

The track is the latest release to be taken from their forthcoming debut album Neck-Deep In The Blyth set for release on 20th May 2022 via Drongo Records, following on from lead single ‘Bullets’ released last month.

Following dates with Lunch Money Life and My Octopus Mind last month, (see below for full listings) the band will be heading out on a run of May 2022 UK headline tour dates beginning this weekend.

Early singles ‘Bullets’ and ‘The Concrete Of Moulded Men’ received support from a swathe of alternative new music tastemakers including Fresh on The Net, Bring The Noise, The Punk Site, Distorted Sound, Maximum Volume, Soundsphere Magazine, Outline Magazine and Progzilla with radio support to date from BBC introducing, Amazing Radio and the Artrocker show on Resonance FM.

Debut album Neck-Deep In The Blyth released 20th May 2022