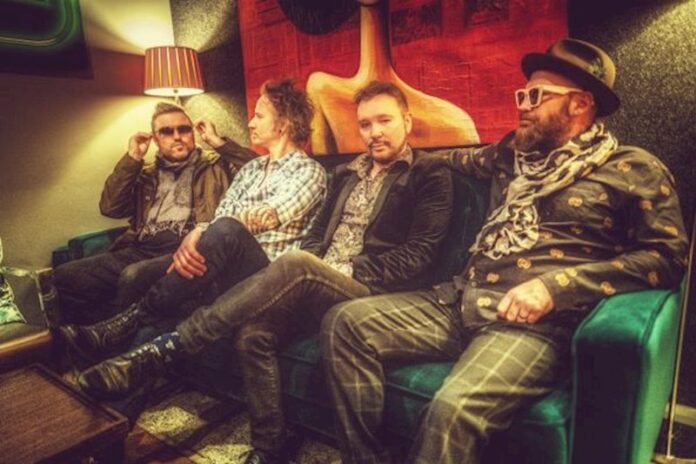 The band was brought to life in April 2020 by James Ryan (Guitar) and Jimmy Couples (Lead Vocals), both veterans of the music industry who did not let the world coming to an abrupt stop, halt their ambitions as a band. Within their first year as a band, they had written more than a dozen songs, a testament to their affinity. Kit Riley (Bass) and Haydn Meggitt (Drums) complete the band with touring credits between the four of them extending to Deep Purple, Men at Work, Tina Arena, Michael Bublé, Daryl Braithwaite, The Badloves, Vika & Linda and many more.

With live performance ruled out, King Canyon found new ways to adapt and engage with a whole new crowd. Through livestreams the band was able to have a direct link to their growing audience, allowing both feedback from their new fans and a more intimate relationship to foster.

Since the doors of venues swung open last year, King Canyon have made it their mission to put themselves out there and make up for lost time, already performing at notable events such as the Gympie Music Muster (QLD), Ravo Blues & Roots Festival (WA), The Point Live at Portsea (VIC), Country Rocks Festival (NSW), Ross Wilson’s Cool World (VIC, NSW, QLD, TAS & SA) as well as Great Keppel Island (QLD).

Their never say die attitude, along with their artistic compatibility made them the perfect addition to the Social Family Records roster. “I’m very excited to welcome King Canyon to our international roster. The band features some of the best in Australia and their new material is brilliant – 2023 will be massive,” says CEO and president Mark Alexander-Erber.

King Canyon have announced their first release with Social Family Records will be double A-side single ‘Gravity‘ and ‘Woman‘ and is available to buy now!

King Canyon‘s release will set the tone for what is to come for the band following their signing.

‘Gravity’ is the lead song that comes with a much-needed dose of optimism in the post-lockdown world. It’s about reaching for something more, even when (Gravity) keeps pulling you down. There is an authority to the band’s performance that makes to sit up and listen, and the vocal delivery will have you hanging off every word.

‘Woman’ is an upbeat riff-filled love song – King Canyon style. The track is consistent the whole way through with a clear adoration for the songwriters subject.

These double A-side tracks are available for digital download now.