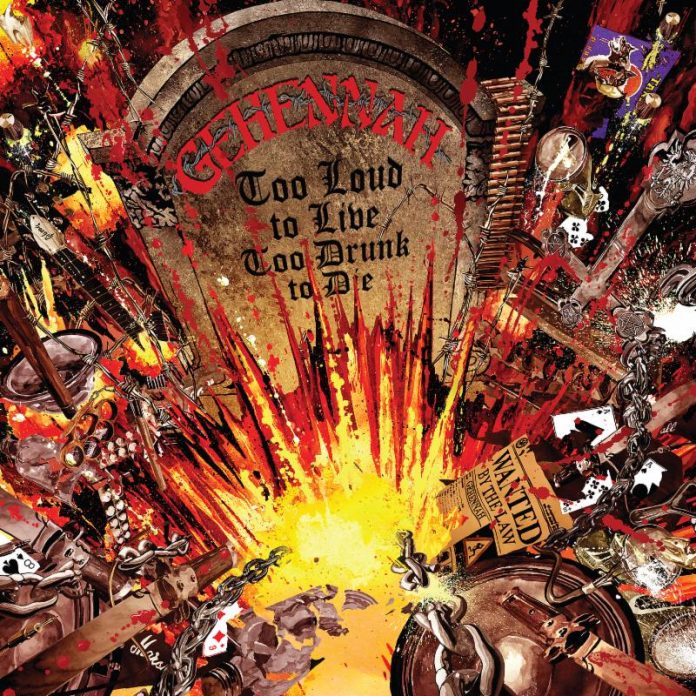 Swedish street metallers Gehennah have finally returned with a new album, Too Loud To Live, Too Drunk To Die – their first full-length since 1997’sDecibel Rebel! Due out worldwide on February 12th via Metal Blade Records, the band has just unleashed a new track, “All of the Decadence, None of the Success”, in anticipation of its release. Head over to NoCleanSinging.com for the stream:http://www.nocleansinging.com/2016/01/27/an-ncs-premiere-gehennah-all-of-the-decadence-none-of-the-success

For another preview of Too Loud To Live, Too Drunk To Die, the video for the title track can be viewed at metalblade.com/gehennah, where the album can also be pre-ordered in various formats. The second single, “Life Metal Must Die”, can be heard at:https://soundcloud.com/metalbladerecords/gehennah-life-metal-must-die

Featuring 13 tracks brimming with drinking anthems, anti-establishment themes, and dirty, raw street-attitude, Too Loud To Live, Too Drunk To Dieis worth the near-20-year-wait! Formed in 1992, Gehennah made their mark on the scene with their three now-classic albums: Hardrocker (1995),King of the Sidewalk (1996), and Decibel Rebel (1997). Influenced by Venom, Bathory, and Motorhead, the quartet earned a loyal following for their thrashy, black ‘n roll during the 90s; since then, they have released various 7″ singles, with fans begging for more. Now, the band has returned with Too Loud To Live, Too Drunk To Die, which was recorded at Studio Cobra in Stockholm, Sweden and produced by Martin Eherencrona. Expect a full-force liver attack, courtesy of Gehennah!