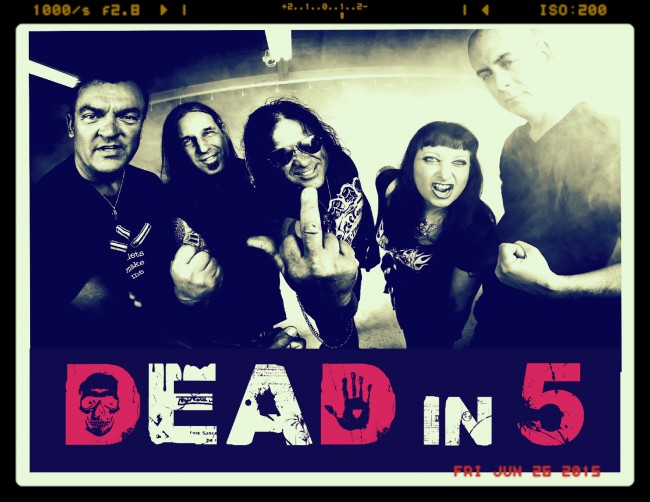 Earlier this year, Detroit’s Dead In 5 released a stunning EP. Now they are on the road in the US

Join Dead in 5 on the road this summer! The band tell us: “We’re touring the Midwest in support of our new CD “Schizophrenic Razor Project” now available on ITUNES, Amazon and CD Baby!

“We have epic rock shows coming up. We’ve just played with  GILBY CLARKE, but we still have HELL YEAH, P.O.D., Great White and Nashville Pussy!

“Hope to see you on the road!”