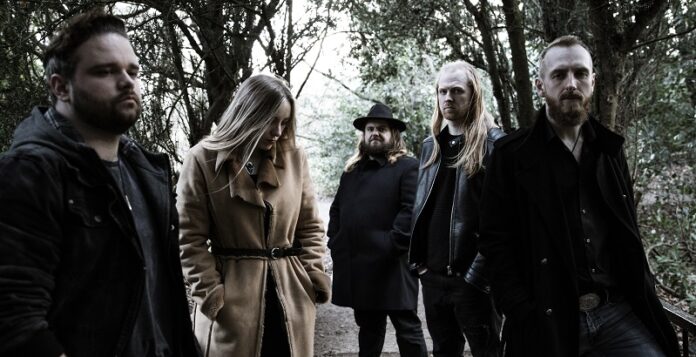 Irish dark metal band Darkest Era have released their emotive new single ‘Wither On The Vine’. It’s the third track to be taken from their stunning new album, Wither On The Vine, which is out now via Candlelight Records.

Guitarist Ade Mulgrew comments: “The song ‘Wither On The Vine’ pulls together many of the thematic threads across the album. It is inspired by the antithetical feeling of, on one hand, overwhelming despair at the social, political, and environmental realities of today, whilst simultaneously looking into the innocent eyes of childhood and wanting to maintain the illusion that there is only beauty in the world for as long as possible.“

Eight years have passed since Darkest Era‘s last album, 2014’s Severance. In that time, the Northern Irish-centred band have undergone personal and personnel changes, while the world itself has entered its own new dark era.  Now, they return with critically acclaimed third album, Wither On The Vine.

Recorded at Wales’ legendary Foel Studios with producer Chris Fielding (Electric Wizard, Primordial, Winterfylleth, Witchsorrow), it finds the band exploring their shadowy take on the traditional heavy metal sounds of Iron Maiden and Thin Lizzy, whilst incorporating elements of doom, black metal, blackgaze and anything else that casts a musical shadow. Expanding their horizons as to where their sound could go on Wither On The Vine, guitarist Ade Mulgrew says it could best be described as simply “dark metal”.