CURE FOR THE RATS 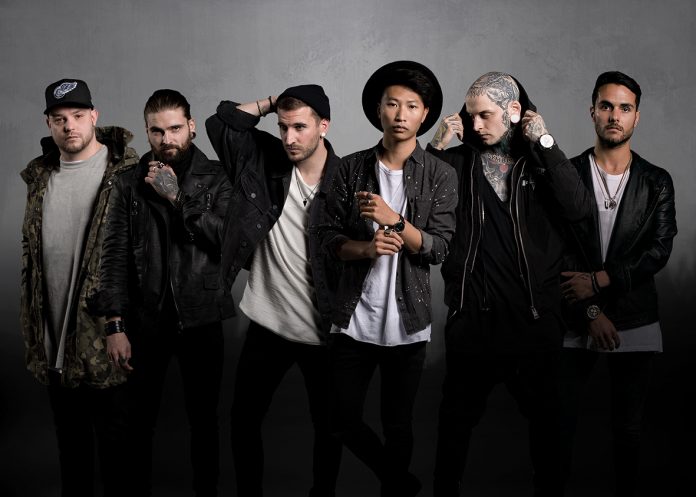 Trancecore heroes TO THE RATS AND WOLVES are back! The Germany based sextet marked their return last month with a hilarious video for the title track off their forthcoming album, Cheap Love. Today the band are releasing the second single from the album, alongside a track video. Listen to ‘Cure’ here:

“Cure was the last song we finished for Cheap Love and we all love its energy and the emotions the song is representing! Definitely the perfect second single for this dark season!” – TTRAW

Get the song here: https://ToTheRatsAndWolves.lnk.to/Cure

The new album Cheap Love is also now available to pre-order and will be available on 22nd of February 2019 viaArising Empire. Pre-order here: https://ToTheRatsAndWolves.lnk.to/CheapLoveAlbum

“Cheap Love is 100% TTRAW“ states the band who have risen solidly from the German underground over the past six years since their formation in 2012. Born from the ashes of BEAST WAR RETURNS, TO THE RATS AND WOLVES gained popularity rather quickly with their eye-catching outfits, duelling singers and a trademark heavy sound. One EP and two albums in, their energetic mix of electronic energy and modern, contemporary heaviness is unique in today’s music scene. Their newest effort benefits from a strict DIY attitude as the band took over every part of it’s production, choosing to avoid working with an external recording team:
“It was pretty exciting as we did everything on our own. We’ve been disappointed in the past because we made compromises that went against our intuition. This time around we did not allow anything like this at all.”

It took the band only 18 months to write, record and produce Cheap Love, a time in which the band evolved once more, dispensed with their masked outfits and made the logical next step after 2016’s highly-acclaimed Dethroned. Now, more relaxed and self assured, their sound has softened it’s edges but also added a lot more feeling and emotion. “The album is about the daily struggle, really”, declares guitarist Danny…”it’s about love and heartache as well as depression”.

The title track ‘Cheap Love’ embodies everything the band have always stood for and doesn’t hold back with the party vibes, dance beats and aggressiveness. “It’s a fusion of old and new elements and is just straightforward. We wanted to come back with a bang”, Danny explains.

Cheap Love is an album packed with great vibes, genuine emotion and hard hitting moments – but most importantly, Cheap Love is honest. “With time we have learned to say things outright instead of holding back. On this record we try to be encouraging yet embrace melancholy. We are vocal about standing our ground”, revealsDanny.

TO THE RATS AND WOLVES have toured with the likes of ESKIMO CALLBOY, WE BUTTER THE BREAD WITH BUTTER, IWRESTLEDABEARONCE and SUICIDE SILENCE – for Cheap Love the band intends to tour as much as possible and to explore places they haven’t been to before.