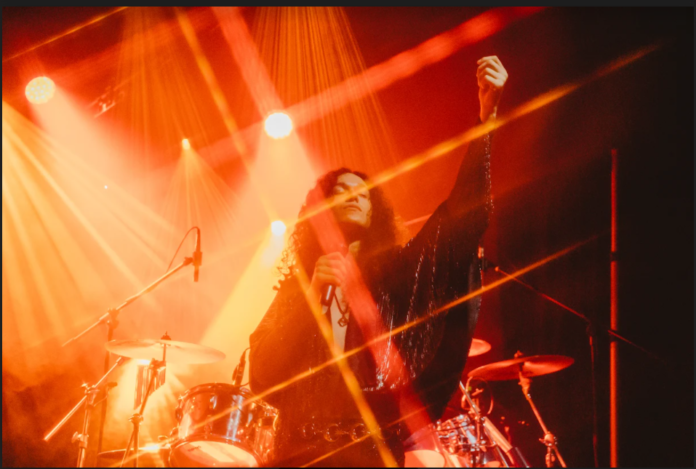 Today, Juno Award-winning, powerhouse rock duo Crown Lands – Cody Bowles (vocals and drums) and Kevin Comeau (guitar, bass, and keys) – announce their first ever UK headline show; set to take place at Omeara, London, on May 16th 2022, UK fans will have opportunity to experience the band in their element, playing their music live.

Having recently released their first ever live album, Odyssey Volume 1 – which includes tracks from their self-titled debut album (2020), their sophomore EP Rise Over Run (2017) and the recently released White Buffalo EP (2021) – the band will similarly perform songs from across their discography.

A true live rock band, the anticipation to showcase their masterful musicianship and grandiose sound is palpable.

Cody Bowles explains, “I’ve been looking forward to playing the UK for a couple of years now ever since we planned to play there a few years ago! It’s finally happening in London and I couldn’t be more excited to experience first-hand the feeling of playing on another continent in front of a whole new audience. Bringing our music across the pond and spreading our important messages through the world is truly realizing a lifelong dream of mine.”

Kevin Comeauadds, “This being our debut show in the UK makes it one of the most important shows of our lives. All of our favourite North American acts have truly ‘arrived’ when they play in London. Now it’s our time! The historical significance of playing London is not lost on us. It’s time to blow some international minds.”

Support at this very special one-off headline show will be provided by Haunt The Woods. Tickets will be available from Friday, February 25th @ 10am UK time and can be purchased here: www.myticket.co.uk

To whet your appetite, why not check out the band’s recent live session? Recorded live off the floor at Universal Music Canada‘s new performance space, The Academy at 80A and originally hosted by Prog magazine, you can watch the virtual event in full here: