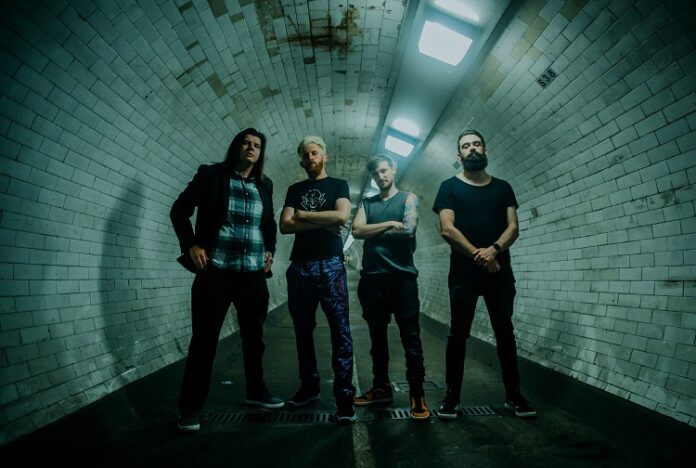 Fresh off the success of their last single ‘Plain Sight’ featuring Hessian Renegade, Adam Ramey of Dropout Kings & Jot Maxi of Hacktivist, which was aired on both Kerrang! Radio and Total Rock, Crostpaths are pushing boundaries once again. The new EP, consisting of 4 tracks, vastly different in style but satisfyingly cohesive in theme, draws influence from alternative rock and metal, mixes it with a dash of hip hop and electronica then throws it all into a melting pot to produce something entirely unique and fresh for 2022.

“Minced Oaths is a mini-mixtape of collabs with our peers in the underground scene, served up as a spicy palate cleanser between our previous releases and what’s to follow in 2022.”

Along with a guest verse from Kid Bookie who recently released his album ‘Cheaper Than Therapy’, the album sees Crostpaths collaborating with singer / songwriter Anja Elise, rappers N4T3, FiTE Fear, rap rockers Nifty OTM and DJ Force X, each adding their own flare to create a truly unique listening experience.

Crostpaths are an alt-metal / crossover band from Kent, England. The genre-defying group launched their eponymous debut EP to the public during the autumn of 2019. Touring began with an inaugural live performance on Valentine’s Day 2020, opening for Seething Akira in Canterbury. Subsequent shows were immediately cancelled due to the Covid-19 pandemic which shook the world to its core. Despite this setback, Crostpaths continued to plough forward during the summer of 2020 by collaborating with local allies in apatternimperfect & Weatherview for the reimagined versions of ‘Meridian’ & ‘Bulldozer’. This flurry of activity was swiftly followed by the sophomore EP ‘Mutated’, which received glowing reviews across the underground press, whilst both singles ‘Rampage’ & ‘Defiant’ gained the attentions of BBC Radio Kent, Primordial and Hard Rock Hell amongst many other stations.

‘Minced Oaths’ is now available on all major platforms.