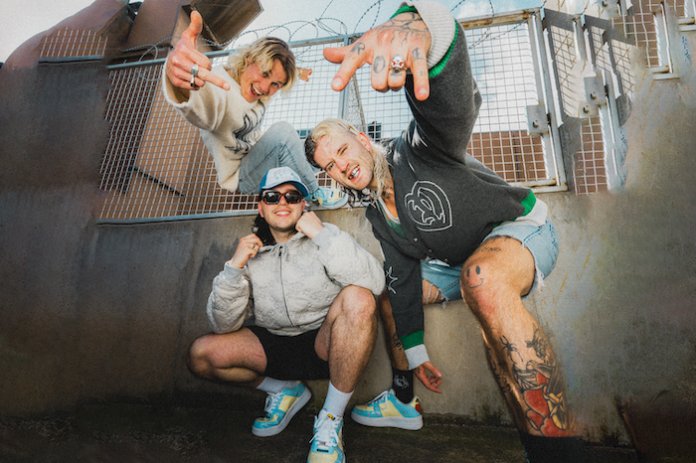 Australian three-piece OCEAN GROVE have finally announced a UK and European tour for this coming Autumn. The tour starts on the 10th October in Glasgow and finished in Prague on the 31st of October, London date is on the 21st October at Camden Assembly Rooms. This will be the bands first time returning to the UK since the release on their third album ‘Up In The Air Forever’. The album is out now via UNFD.

Released on the 22nd April via UNFD, ‘Up In The Air Forever ‘is a 10-track, genre-bending epic musical journey. Featuring already-released cuts ‘CALI SUN’ and ‘SILVER LINING’ – each of which have found a home on radio including triple j, BBC R1 and Kerrang!, and amassed over half a million streams combined already – the album is an evolution of the trio’s early heavy sound. Throughout its course, OCEAN GROVE serve up a full menu of sounds and genres ranging from Brit-rock to pop, grunge and punk, ultimately confirming them as a creative force that can’t be tamed.

CLICK BELOW TO WATCH THE MUSIC VIDEO FOR ‘SEX DOPE GOLD’