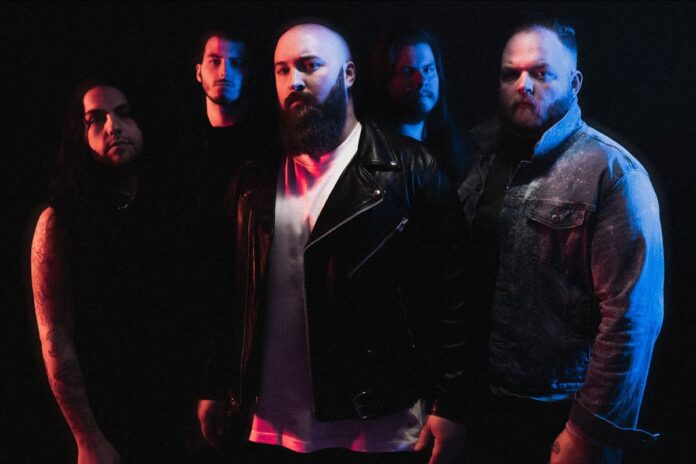 Providence, RI quintet Kingsmen have unleashed their latest single and music video for ‘Bitter Half’ via Sharptone Records. Speaking on today’s release, the band shares:

“There’s always a good guy and bad guy.
Every story has one.
Every person has an inner voice speaking on behalf of each side.
Every idea you create involves them.
More often than not, the bad guy in our minds seems like a big scary monster.
They’re intimidating.
They can be enticing.
They can make things seem too easy.
They can cheat you out of a great opportunity by offering the coward’s way out.
They can make you feel weak.
‘Bitter Half’ is about knowing you’ve been taken advantage of by that ‘devil on your shoulder’.
It’s about standing up and saying enough is enough.
It’s time to move on.
It’s time to become better.
It’s time to say “fuck you” to your bitter half.“

Prior to today’s drop, Kingsmen have previously released the music video for ‘Trial By Fire’, the band’s first new, original release since their 2020 debut album, ‘Revenge. Forgiveness. Recovery‘. Watch the music video for ‘Bitter Half’here or at the link below, stream the track here, and be sure to stay tuned for more Kingsmen news coming soon