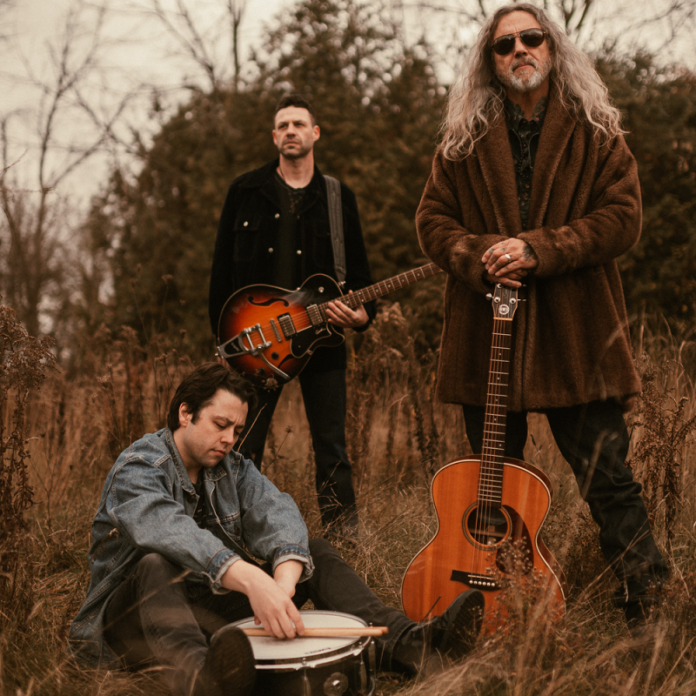 Comprised of core trio Rob Lamothe (Riverdogs), James Harper (Fighting Friday) and Zander Lamothe (Logan Staats Band), but with some heavyweight friends also on board, the debut album by Cross Country Driver is a gutsy old school rock rollercoaster ride. ‘The New Truth’ is released on 17th March, but a single and video for the song ‘A Man With No Direction’ that features dUg Pinnick of King’s X is available from today.

‘The New Truth’ is also a generational spanning musical adventure that features inspired performances from not only its key members, but also those compadres, who include Mike Mangini (Dream Theater), Greg Chaisson (Badlands), Rhonda Smith (Jeff Beck), Jimmy Wallace (The Wallflowers), Kfigg (Extreme) and the aforementioned Pinnick. More than two years in the making, the record was mixed by Grammy winning musician and producer Nick Brophy.

Vivian Campbell (Def Leppard, Last In Line, Riverdogs), who contributes guitar and vocals on ‘Risen’, sums up the album perfectly by stating: “Lush, rich, deep and spirited. No one makes records like this anymore. Bravo!”

Lead vocalist and guitarist Rob Lamothe is a recording and touring veteran who has shared stages with everyone from Guns N’ Roses to members of the Toronto Symphony Orchestra. His LA-based rock band Riverdogs achieved cult status globally in the ’90s and found a new generation of fans after signing with Frontiers for the release of 2017’s ‘California’. Drummer Zander Lamothe is his son.

James Harper has been a mainstay of the US north-eastern music scene for over two decades and is known for his high energy performances and chameleon-like ability to play and write in numerous styles. He has written and performed with the Boston-based group Fighting Friday for many years and is also associated with other local groups.