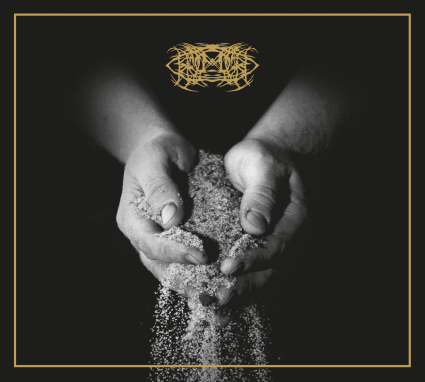 A black metal album sung in Old English, Old Norse And Latin sound like your bag? Read on!

Crom Dubh are a four-piece based in London, whose music channels the folk songs of the old world through the eschatological prism of second-wave black metal and post rock.

All Crom Dubh lyrics are written and sung by Beonetleah in Old English, Old Norse, and Latin. They are translated into Modern English for the benefit of the modern reader on the album sleeve.

Crom Dubh’s debut full-length, ‘Heimweh’ (‘Homesickness’), continues the narrative of the 2010 EP ‘Deifr’, in which the gathering and dissolution of a great river operated as a metaphor for the rise and fall of nations and civilizations. ‘Heimweh’ follows a similar narrative, albeit with a focus on the life of the lone individual within this tumult, following a traditional cradle-to-grave progression throughout the course of the album that runs parallel to Hesiod’s five ages of man. The album handles themes of loss, rootlessness, nostalgia, exile, and death, thinking on the journey ahead and the way home.

The band explain the main theme of the album:

‘Home-coming’ is one of the most prominent themes in the Western canon, implicit in the Classical and Judaeo-Christian traditions; whether it be the search for a promised land, the promise of an eternal afterlife, Odysseus’s journey to Ithaca, or Oedipus’s ill-starred return to Thebes.

This governing idea is common to all those who inherited and shaped this tradition (e.g. Virgil, Augustine, Boethius, Dante, Chaucer, Milton) in recorded history, but is probably a deep-time signature that is as old as humans, and part of our survival mechanisms as a species; part of the same instinct that sent us island hopping in the pacific in prehistory, that now drives us to find a new home on a red planet.

Both horrified and entranced by our inevitable return to dust, our compulsion is to understand the return home in terms of master narratives, misleading though these may be. This impulse is true of individuals, societies, and – since we have begun to understand ourselves on a cosmic scale – our species.

‘Heimweh’ (‘Homesickness’) confronts and embraces this contradictory formula, in a cradle-to-grave narrative following the eternal recurrence of birth, life, death, and rebirth.

Crom Dubh play black metal with folk and post-rock influences, in the vein of Primordial, Drudkh, Ash Borer, and Darkthrone.

Crom Dubh (pronounced Crom Doo or Crom Doobh) is an Irish harvest god, whose name translates into English as ‘the dark and crooked one’. Crom Dubh is a forgotten god, whose fragmentary identity lingers only as a palimpsest of millennia-old traditions buried by later accretions. Crom Dubh is a potent metaphor for the ancient world swept to the far corners of our everyday experience; a world of awesome and terrible power that most would rather keep hidden from thought and sight.