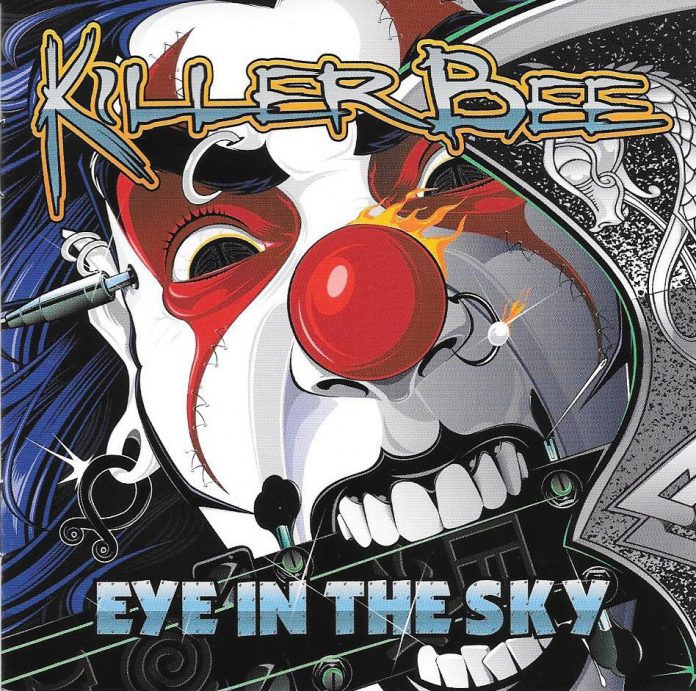 Killer Bee are back

Killer Bee are back with a new long awaited album – ‘Eye in the Sky’ – out now.  It has been over two years since their last release, and the wait has proven to be worth it, as this new record is quintessential Killer Bee.  The writing team of Rönnblom / Frank has done it again, as they deliver their well-honed 70´s style of rock – a la Led Zeppelin, Deep Purple, and the Scorpions.  Well known for their back to basic raw sound, Killer Bee have not swayed from their trademark style.  And all the expected ingredients are included – hard and heavy riffs, signature vocals, and of course, the classic Hammond sound, which can be sampled via the links below:“’Get on Board’ went through a few vocal arrangements before I got the feel I wanted,” explains singer/producer Brian “Bee” Frank. “Due to the length of pauses in the recording process I was able to take a step back and look at things from different perspectives. Really glad I had that time to give the song the all it deserved.” And Frank also discussed the song’s video – “Being from Canada I did not really grasp what the cold war meant, but after living in Sweden for 26 years one starts to realize how very close the threat at the time was. In the making of this video we did it at an old abandoned cold war era – first strike airforce base.

The base was an array of runways interacting with each other in literally the middle of nowhere. It was an experience for me to try and imagine how it could have been…it made me reflect on my first weeks here in 1990. We were driving in town and instead of a Deer Crossing sign I saw Tank Crossing signs (lol). Wow what a culture shock for a guy like me from good ole safe Toronto, Canada.”Since the early ‘90s, the Bees have been delivering the sting…and now the hive has let the swarm loose!The last couple of years have not been without trials and tribulations though – member changes, injuries, and production hold-ups have made this era a roller coaster ride for the band.However, the band managed to persevere, as 2015 saw Killer Bee embark on an extensive US tour (covering over 40 cities in no less than 35 states), and the future is only looking brighter.Radio programmers worldwide have begun to take notice, as Killer Bee are receiving positive responses to their music – climbing on playlists everywhere.And alongside the new release, Killer Bee are currently in the planning stages for touring both Europe and North America.Speaking about highlights from the recording sessions, Brian “Bee” Frank the lead singer and producer of the new recordstates, “‘Shout It Out’ is the ultimate 70´s feel with the screaming Jon Lord/Hammond playing by Denny DeMarchi. I remember when he was recording that solo. One take and it was done. At the end Denny said, ‘I can do it better,’ I said ‘No! It´s done!’ What a great moment. During the 90´s, Anders and I had a writing system…he played I sang. A song done normally it took no more than 30 minutes to get a song done. The last three albums have had a slightly different approach but on the writing of ‘The Fight,’ it was a magical moment. Back to the old school formula. 15 minutes.”So catch a buzz and feel the sting…Killer Bee are BACK! Join the swarm!‘EYE IN THE SKY’ TRACKLISTING:1     Eye in the Sky2     Shout It Out3     One Step Closer4     Higher and Higher5     Face the Night6     The Flight7     Get on Board8     Joystick Warrior9     Right Between the Eyes  10     By My SideKILLER BEE LINE-UP:Brian “Bee” Frank – VocalsAnders “LA” Rönnblom – BassAndre Hägglund – GuitarPaul “Tonka” Champman – GuitarMorgan Evans – Drums & PercussionDenny DeMarchi – Keys