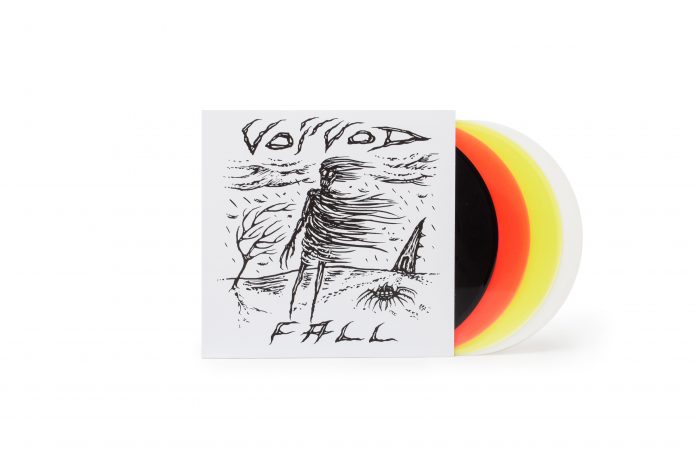 Prog innovators on the road

Canadian progressive sci-fi metal innovators VOIVOD stay busy and out on the in support of their current Mini-CD entitled “Post Society – EP”.

Canadian progressive sci-fi metal innovators VOIVOD are hitting the road with
with Century Media Records label mates Entombed A.D. as well as Lord Dying for a month long tour which is kicking off at Berlin’s White Trash. This European run also includes 3 UK dates as well as a Dublin date in mid-November.

After previously releasing splits with label mates At The Gates and Napalm Death, VOIVOD have now teamed up Entombed A.D. for a Split 7” EP which is released this Friday, October 28th, 2016 via Century Media Records..

The 7” EP is worldwide limited to 1000x copies in the following editions:

You can order the release from CM Distro here: http://smarturl.it/VoivodEntombedadCMD

The white vinyl edition will be sold exclusively by the band/s on their upcoming European tour. Mark your calendars with the following dates: 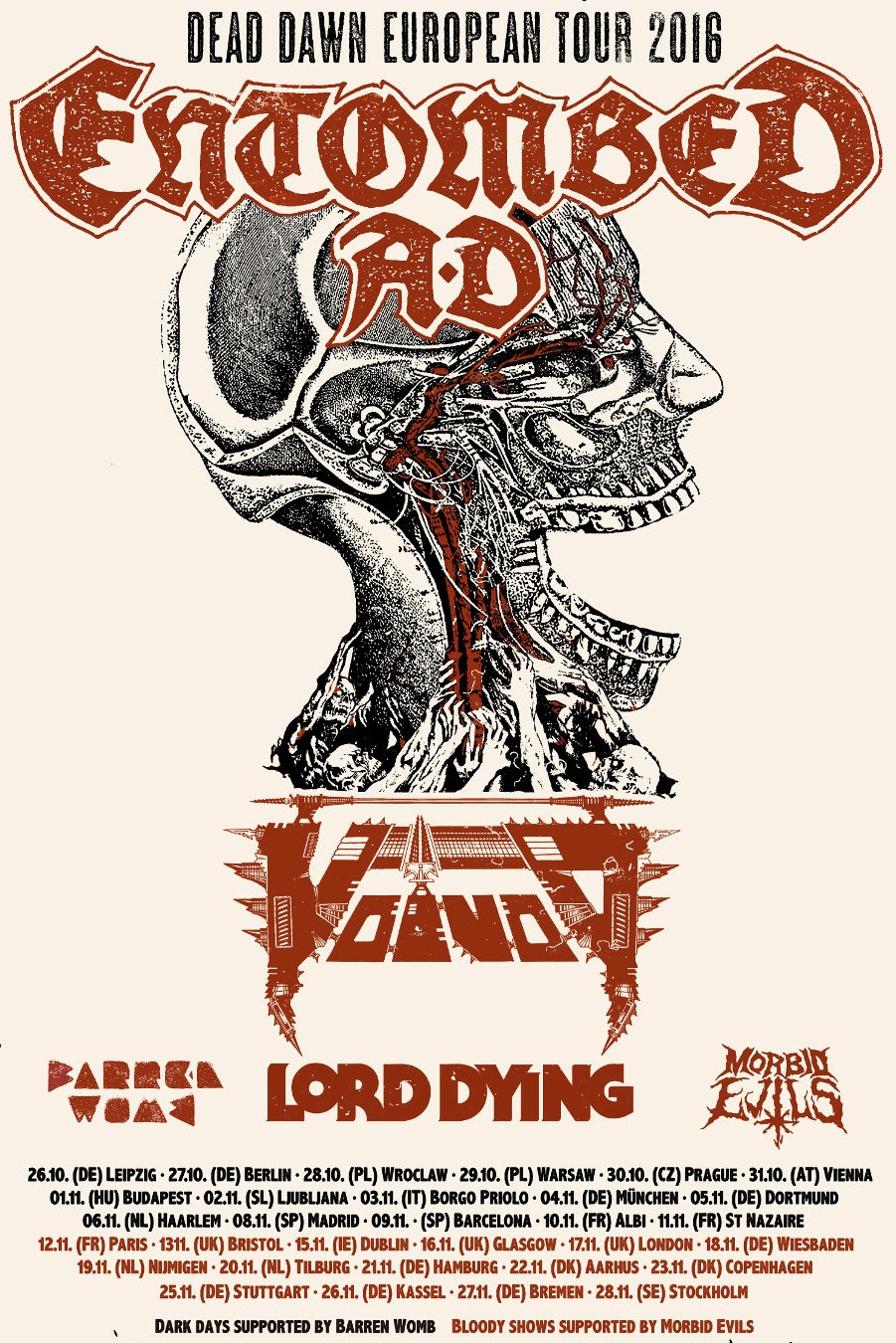 During the tour’s stop at Leafmeal festival (alongside Avatarium, Secrets Of The Moon and many more) on Saturday November 5th, 2016, VOIVOD will also be part of a special signing session from 1-2 PM at Idiots Records in Dortmund, around the corner from the club.
More details about Leafmeal festival can be found here:
https://www.facebook.com/leafmealfestival | https://www.facebook.com/events/1699146183705203/

VOIVOD’s drummer Michel “Away” Langevin checked in with the following comment about the upcoming dates: “We are presently in the process of writing a new concept album while refreshing the set list for the upcoming ‘Dead Dawn European Tour 2016’.  For the occasion we are releasing a split 7″ with our friends Entombed A.D. Enjoy and see you on the road!”

VOIVOD’s “Post Society – EP”, which followed up 2013’s acclaimed “Target Earth” album release, is available as Digipak CD and as Digital Download. It contains 5 studio tracks with a total playing time of 30 minutes. The artwork was traditionally created by VOIVOD drummer Michel “Away” Langevin