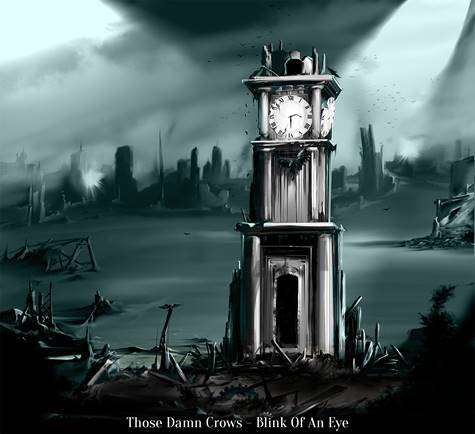 New single on its way

‘Blink of an Eye’ the remarkable new single from Those Damn Crows is released August 29th.

Taken from their highly anticipated debut album, ‘Murder and the Motive’ (due September 26th), ‘Blink of an Eye’ is a hugely melodic slice of modern rock, propelled by Shane Greenhall’s passionate vocals and blessed with an unforgettable hook, ‘Blink of an Eye’ captures the essence of the band in just under five remarkable minutes!

A video for ‘Blink of an Eye’ has been filmed and will be released to coincide with the single.

Murder and the Motive