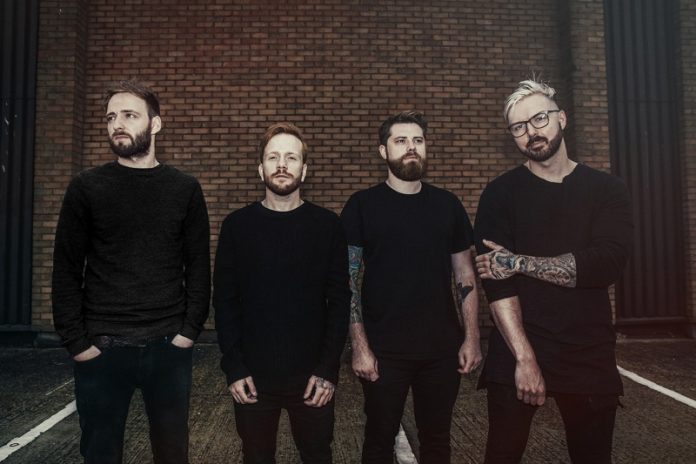 Alt-rock newcomers Towers have unveiled the video for their epic debut single ‘Titan’. Vocalist/guitarist Mark reveals; “Titan lyrically is all about starting a band, and the excitement we felt when Towers was growing into something more than an idea in a room. We felt that seeing as this is the start of a new chapter for us as musicians, filming the recording process for the music video perfectly ties into the concept of what Titan is all about.
We want titan to inspire people to pursue their ideas and create something of their own.”

The entire project of Towers is something which Mark openly reveals is rooted in his mental wellbeing: “I went through a tough time last year with personal and mental issues. Music was the only thing that kept me going through it. I started writing these songs during that time, and once I recorded them I had made a lot of progress with myself. It was basically therapy for me!” In fact, all of Towers’ members, who comprise Guitarist Dan, Bassist Matt and Drummer Jamie, share this motivation, as Mark explains “We do it for the love for music, we love playing music, writing music, and we are all best friends. That’s really it! It’s that simple. If we don’t write music we go crazy. Trust me.”

Taken from their forthcoming self-titled debut EP, which is slated for release on 30thSeptember, the self-titled 3-tracker’s artwork simply features an image of their beloved Bournemouth beach. Seeing them head west, it was recorded with Jonny Renshaw at Bandit Studios (Devil Sold His Soul, Blood Youth). “We wanted a massive sound, and we knew that he would take what we had and bring it up to a level that we wanted,” recalls Mark. Big the tracks certainly are: anthemic, brimming with emotion, infectious harmonies and an overriding sense of positivity. Easily drawing comparisons to the likes of Deaf Havana, 30 Seconds To Mars and Biffy Clyro, the band cite influences ranging from Jimmy Eat World to Sigur Ros. Mark concludes: “We try to write simple, catchy rock songs that sound massive. To have 3 best friends in a band is something really special. We have all been in different bands, and bands together for over a decade. But this EP feels like we have something special.”