COUNT DOWN THE DAYS UNKNOWN 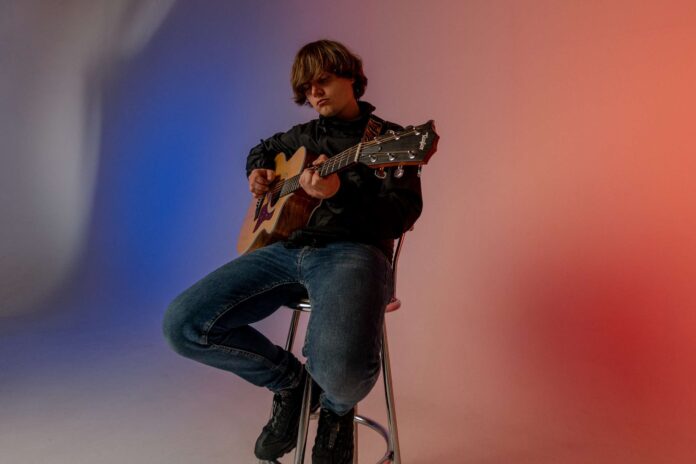 After baking the cake with a UK Album Chart Top Ten debut with 2020’s We Get By, Jamie Webster iced it with news that he’d become the first, ever UK Folk Chart Number One artist later in the year. How the straight-singing lad from Liverpool scored such success isn’t lost on the people-powered songwriter as he returns with his first new, typically erudite, earth-moving music of 2021, Days Unknown – OUT NOW on Modern Sky.

Whilst still regularly and contentedly lodged in the UK Folk Chart Top Ten almost a year later thanks to his endlessly loyal following, Webster almost affects a ‘Dylan Goes Electric’ moment with his newest material after decamping to the legendary Rockfield Studios with his band of elite musicians and esteemed, long-term Manic Street Preachers producer, Dave Eringa in early 2021.

Like many, Webster got lost in music as the walls closed in during the locked-down winter and, whether freshly fascinated by the back catalogue of Talking Heads or rekindling teenage loves like Paulo Nutini, a world of vivid influences drifted into an exciting new batch of demos.

Featuring guitar licks that wind around the melody of every line of every verse, attention-commanding bass lines and percussion to beat the walls of every big room on Webster’s upcoming, major venue UK Tour, the artist’s advancing-in-giant-steps maturity is evident. He’s firmly grabbed the potential of recording in the legendary, residential studios in South Wales, as well as the imagination of the musicians around him.

Seeing ‘normality’ celebrated as a new, post-pandemic utopia, Webster puts the celebrations on ice in his unambiguous lyrics, once again training all six-strings on those in power that might seek to distract and obscure the truth. Having used his debut album and tracks like Something’s Gotta Give to gently voice his opposition to the status quo, Days Unknown comes out on the side, more loudly, of no return to pre-pandemic normality, but on the side of real and long-lasting change. Complete with a festival field-ready, la-la-la, singalong, denoting Webster blocking out false public messaging, even his seemingly throwaway lines actually mean so much.

Jamie himself says of the single: “Once the nightmare is behind us it’ll be a case of pure relief and euphoria, but perhaps we shouldn’t completely let the idea of freedom overshadow the things that needed to change before this all hit. ‘Days Unknown’ is about that desperation to have your life back, but also how poorly the powers that be have handled this situation and that they will likely remain in charge once it’s done. Everything has changed, but in some respects, nothing has changed and it’s still time for more than just a change of lifestyle. It’s time for a change of life”

Released last August, the Top Ten success of We Get By, buoyed by the runaway success of mega-streaming tracks like come-down anthem, Weekend In Paradise, firmly established Webster in the fraternity of gifted, socially-aware, young British songwriters. Joined on stage and in the studio by Lightning Seeds members Jim Sharrock (drums) and Tim Cunningham (bass) plus Danny Murphy (guitars), a member of Michael Head’s Red Elastic Band, the rough edges of the self-taught performer have been polished to become even more potent.

Those musicians join Webster once more as he bids for a return to the stage this summer and into the depths of winter. Including three, homecoming dates at Liverpool’s grand Eventim Olympia venue, the full list of Jamie Webster’s UK & Ireland Headline Tour and festival dates are as follows:

Remaining tickets for all forthcoming shows are available at See Tickets.

For advance and up-to-date information on upcoming releases and live dates, connect with Jamie Webster online at:

Previous article
MOTOR IN THE DARKNESS
Next article
TOKEN GESTURE