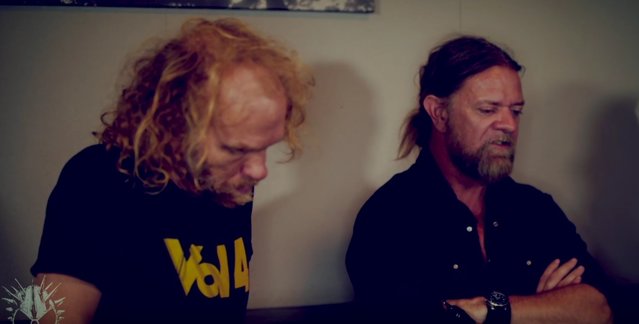 CORROSION OF CONFORMITY are continuing to roll out album trailers detailing the making of their forthcoming album No Cross No Crown and the fourth trailer is now online.

Watch as the guys discuss how their sound has evolved over the years, here:

Bassist Mike Dean explains the track: “‘Wolf Named Crow’ started with a couple of riffs Pepper was sitting on for a while. We learned those and collectively came up with a bridge on the spot and it fell together naturally. It reminds me of a new take on Wiseblood-era COC and Reed played some very original, yet very Bill Ward inspired fills. It’s easily my favourite track on this record.”

No Cross No Crown will be in stores on January 12th, 2018 via Nuclear Blast Entertainment. The record marks the first recording with vocalist/guitarist Pepper Keenan in over a decade.

CORROSION OF CONFORMITY’s No Cross No Crown somehow sounds as though no time has passed between 2005’s In The Arms Of God and today. Recording in North Carolina with longtime producer John Custer, CORROSION OF CONFORMITY cut No Cross No Crown in about forty days over the course of a year. Some of these new jams sound like they could’ve easily appeared on Wiseblood or Deliverance, two of CORROSION OF CONFORMITY’s most revered records. Beefy Southern stompers like ‘The Luddite’, ‘Little Man’ and ‘Forgive Me’ are interspersed with melancholy guitar interludes like ‘No Cross’, ‘Matre’s Diem’ and‘Sacred Isolation’ – just like Sabbath used to do in the ’70s. “We started doing that on Deliverance”, Keenanpoints out. “My theory on that is that if you’re trying to make a record flow, you need to break it up a little. When you need a breather, write an interlude. I like writing those mellow pieces just to space things out and make the next thing come in heavier.”

No Cross No Crown can be pre-ordered on CD, digitally and on various limited edition and standard black vinyl formats, here:  http://www.nuclearblast.com/coc-nocrossnocrown