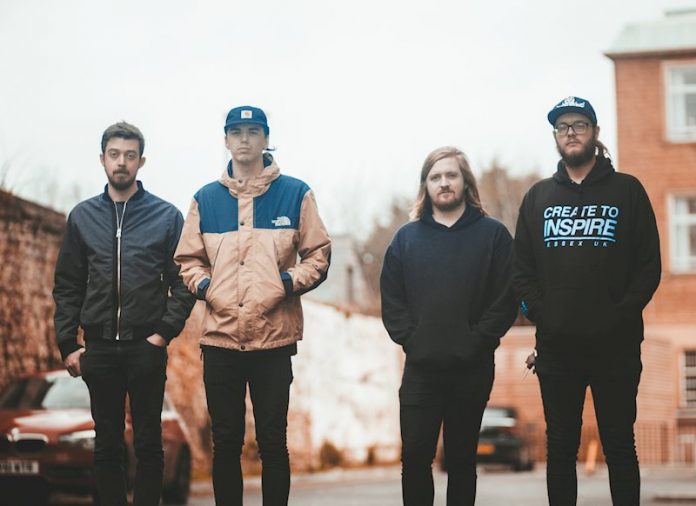 PERCEPTION prepare to make their mark as they release a new track, Strive, taken from their forthcoming sophomore EP, Monolith, which arrives on Friday 9th March.

Rendering influence from a cluster of areas, spanning from Architects and Monuments to Underoath, PERCEPTION have shrewdly managed to bond their influences to create something fresh, and whole-heartedly potent and powerful.

Born out of Oxfordshire in 2012, PERCEPTION soon began to widely tour throughout the UK, as they chalked up shows with the likes of While She Sleeps, Continents,Create To Inspire, Feed The Rhino and Carcer City, to name a few. The high-flying tech metallers have now carved out a solid name for themselves and a growing fanbase, due to the band’s intensive and captivating live shows.

Last year, PERCEPTION released their debut EP Collapse. The record was produced by Dan Kerr at Avenue Studios (Shields / Create To Inspire / Our Hollow, Our Home) and it instantly placed the tech-metal combo on the map. Now, after much anticipation, the high-rated riff slingers reveal their sophomore EP, Monolith. Fronting frantic guitar riffage, blistering drum-work and savage vocals, the release is destined to grab listeners and make them take notice. From the limitless energy and roaring drive of their new single, Strive, to the full-on abrasive attack of the vicious Defy Dismay, each track on the EP is armed with its own thumbprint. Heavy, driving, and intricate, it’s sure to make a name for the band as they stride forward, starting with an assault on the UK next year!