CONNOR IN THE DEEP END 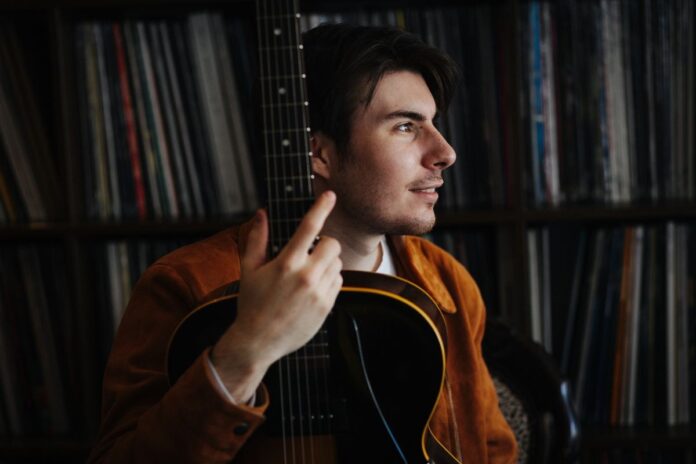 Young British troubadour Connor Selby has revealed the lyric video for new song, “The Deep End,” which you can watch HERE. The song is taken from his upcoming self-titled deluxe edition album, which will be released on 3rd March via Provogue/Mascot LabelGroup.

He has also revealed that he will be supporting the legendary P.P. Arnold at the Jazz Café, London for two shows on 25th and 26th February. You can buy tickets from HERE.  He will also be playing Planet Rock’s Winters End Festival on 3rd February. Tickets available HERE.

Talking about the new song he says, “The deep end was written as a way to tell myself that sometimes in life you need to be brave and take risks and that sometimes you have to put yourself out on the line to get what you want. When I set my mind on a task, I can be pretty obsessive about it, and I guess this song was just a way to channel those feelings. Like most of my songs, its built around the framework of a relationship and the protagonist is in love with a girl who has just got out of a relationship, and he wants nothing more than to be with her. He tells himself that many people before him have made the mistake of not taking a risk and that it’s the only way to get what he wants. I wouldn’t say this song is autobiographical, but it’s certainly inspired by events in my life.”

2023 is going to be a big year for the young singer-songwriter with an upcoming performance at Planet Rock’s Winters End festival on 3rd February, followed by the two shows with P.P. Arnold on 25th and 26th February at the Jazz Café, London. Talking about the shows with the soul legend he says, “It’s a great privilege to be opening up for P.P. Arnold – “London’s first lady of Soul” – at the Jazz Café,” he says. “It’s one of my favourite venues in London and I’m really excited to be back there.”

One of the brightest talents on the UK blues scene. He has been voted “Young Artist of the Year” at the UK Blues Awards for the last three consecutive years (2020, 2021, 2022). He has an impressive venue checklist, including Wembley Stadium, where he opened for The Who in July 2019 and has since gone on to play BST Hyde Park, London, on a bill with Pearl Jam, Stereophonics and Johnny Marr in the summer of 2022.

Raised in an Essex village, he has trodden a path less travelled. From early years in Connecticut, USA, as a young child to Dubai, UAE, aged ten to fourteen, and Essex either side, with those young eyes soaked up the travels and the changes passing him by.  One thing that kept with him was his burgeoning love of American roots music. “I got interested in not just the music itself but the history and everything around it,” he says. “I wanted to learn and listen as much as I could. I think it’s important for someone who isn’t from that cultural background to treat it with the respect it deserves. You can’t separate the music from its historical context.”  “I love the directness, the simplicity and earthiness of it,” he adds. “I’ve also always been attracted to the authoritative quality of the music. As a kid and teenager, I was quite shy and not very self-assured, so I think it was a place for me to find a sense of power.”

He recently released the official video for “I Shouldn’t Care,” a song about relationships via regret and anger, also taken from the forthcoming album. The album was originally self-released in 2021 and is getting re-released with four new bonus songs by Provogue. There’s a timeless melancholic quality to his music. Relatable in its honesty and openness, he draws from anxiety and vulnerability but delivers it with a world-worn elegance.

The sky is the limit for Selby, who, along with awards, has picked up numerous plays on BBC Radio 2. It’s easy to see why with his soulful blend of blues and his emotionally introspective song writing, which sits alongside his impressive armoury of guitar playing. The songs on ‘Connor Selby’ are little vignettes of the different styles of music that inspire him.