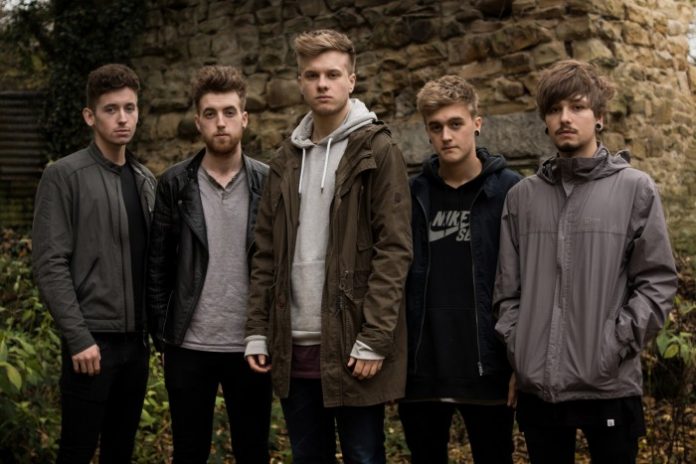 “We wanted to reflect our feelings and respect towards other bands in our local scene with this song,” states Story frontman Bill Hobson, regarding the quintet’s newly released video for ‘Community’.

Featuring Liam Leverton of Empires Fade, the track may be sending a positive message, but it’s one of the hardest hitting songs from their recently released ‘Hopeless But Hoping’ EP. “We felt that with this message, filming within a church represented truth and belief on behalf of us and everyone else going for the same dream”, Hobson continues, “Without everyone supporting us, we’d be nothing”.

Sheffield’s Story are very much a product of genre shackles being off; crossing the lines in the sand, they openly wear a cache of influences on their sleeve. “The core of our sound is heavy rock with a fusion of metal and a spin of pop,” offers Hobson, whose impressive vocal range can switch between soulfully melodic to throaty rage in the blink of an eye.

On their recently released self-produced sophomore E.P, Story – completed by bassist Tom Walker, drummer (and EP producer) Chris Ogden, and guitarists Liam Gratton and Matt Baxter – channel the likes of Mallory Knox and Young Guns as readily as Architects, A Day To Remember and Alexisonfire, creating a seamless pop rock / metalcore / post-hardcore mash-up in the process. With tight, intricate riffs opening up into upbeat choruses, staccato grooves or soaring, progressive outros in equal measure, Story keep you guessing whilst retaining an overall cohesion via smart, fat-trimmed songwriting. “We have all been in previous bands that split after the first release,” recalls Hobson; “The recording of our second EP brought us closer together as a band as we learned what each of us had to offer, and we all contributed to the final product. The development of our understanding has resulted in a more focussed and mature sound.”