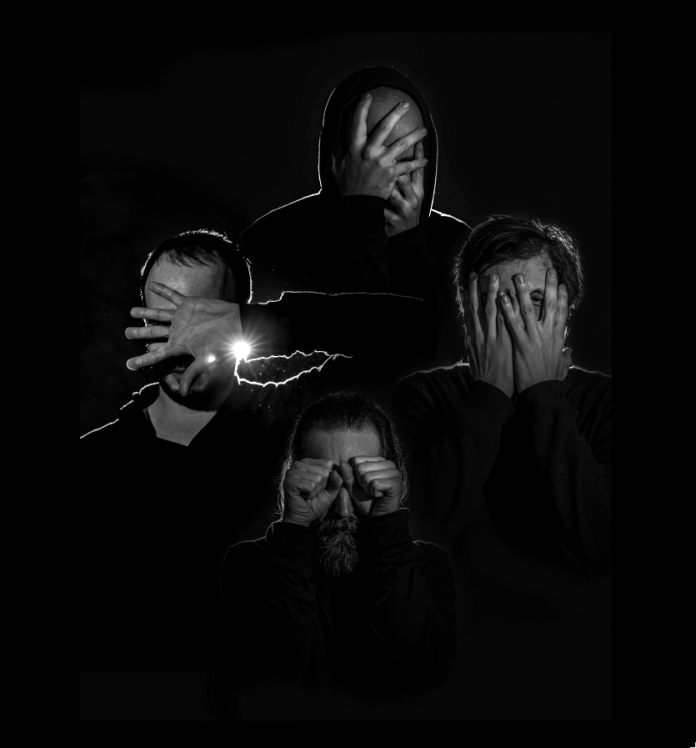 Enigmatic, cult metal collective JOHN FRUM has unveiled a video for their new song “Memory Palace.” The song is off the band’s upcoming, debut album, A Stirring In The Noos.

“Memory Palace is a journey into the ever changing and expanding void we find ourselves hurtling through, and a reflection on the fleeting knowledge one stands to gain within. It also speaks to the pitfalls of our god complex and the futility of enlightenment on any scale.” – JOHN FRUM

May 12th, 2017 will see the worldwide release of A Stirring In The Noos via Relapse Records on CD/LP/Digital. Physical pre-orders and bundles are available via Relapse.com HERE and digital downloads can be pre-ordered via Bandcamp AT THIS LOCATION.

JOHN FRUM borrows its name from a relatively isolated group of natives in the South Pacific islands, known as a Cargo Cult, whose encounter with the outside world led to an awakening of new beliefs and lifestyles. The mysterious JOHN FRUM is the manifestation of four musical minds coalescing in a collective consciousness developed from time spent playing with The Dillinger Escape Plan, The Faceless, John Zorn, Cleric and many more elite projects. Like a planchette moved by the presence of subtle energies, John Frum functions as a medium for malefic musings. Existing at the intersections of perception, superstition, intoxication, ritual, rhetoric, metaphysics and mystical experience, John Frum welcome in the golden age of musical enlightenment with their first manifesto, A Stirring in the Noos, a dismal distillation of oneiric transmissions, an aural reliquary of mis-shapen manifestations, and a totem to modern primitivism in heavy music.

JOHN FRUM will perform a handful of intimate club shows leading up to the release of A Stirring In The Noos. Dates are listed below.