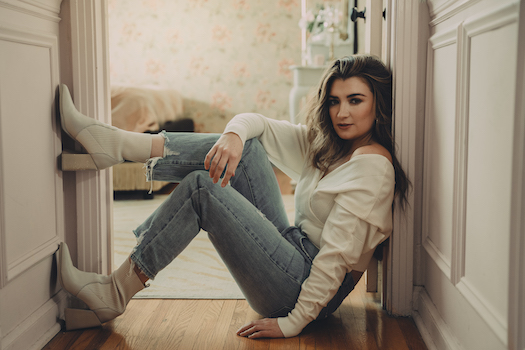 Critically acclaimed singer-songwriter Tenille Townes has revealed that her forthcoming EP, Masquerades, is due out on 22nd April via Columbia Nashville/Sony Music Nashville in partnership with RCA Records. The soul-baring collection sees Tenille pull down her mask and shine a light on the emotions that we get used to hiding. Click HERE to watch the EP’s trailer.

In addition, Tenille has announced a UK/European tour, set to kick off in October. The 6-date run, some of which is part of UK Country Music Week, will see the singer hitting London, Glasgow, Bristol, Manchester, Berlin and Hamburg. Tickets onsale at 10am GMT on Friday, 11 March.

Tenille’s latest song ‘When’s It Gonna Happen,’ released in January in response to an outpouring of fan support on social media, will be featured on the upcoming EP. Containing lyrics such as, “sometimes I feel like I’m the last one standing, I look around and all my friends are falling in love,” it’s little wonder why fans connected with the hope, insecurity, fear, and anticipation that Townes brings to life through the driving track. Tenille performed the song on the red carpet at the Academy of Country Music Awards on Monday, 7 March. Click HERE to watch.

About Tenille Townes: Canadian-born and Nashville-based, Tenille Townes is a two-time ACM Award-winning singer, songwriter and musician in the midst of a breakthrough following the release of her acclaimed debut album, The Lemonade Stand. Available now via Columbia Nashville in partnership with RCA Records, the album was produced by Jay Joyce (Eric Church, Miranda Lambert, Little Big Town) and consists of twelve songs all written by Townes. Since its release, Townes has been named New Female Artist of the Year at the 55th ACM Awards, won two awards at the 2021 Canadian Country Music Association Awards, making her a 10-time CCMA winner, and received her first JUNO Award for COUNTRY ALBUM OF THE YEAR at the 50th Annual JUNO Awards. She is also the first female in Mediabase Canada history to achieve two No. 1 singles with album tracks “Jersey On The Wall (I’m Just Asking)” and “Somebody’s Daughter.” Following standout support runs with Dierks Bentley, Miranda Lambert, and Brothers Osborne, Townes is currently on her first headlining U.S. Tour, the VILLAIN IN ME TOUR. Adding to an already notable career, Townes is a MusicRow 2020 Next Big Thing Artist, an iHeartCountry’s “On The Verge” artist and has raised over $2 million for charity through her annual Big Hearts For Big Kids fundraiser.