Brazilian Skate Punk combo Out In Style are proud to announce that their new album  “Letters Never Sent” will be out on 26-06-2020 via Too Loud Records. 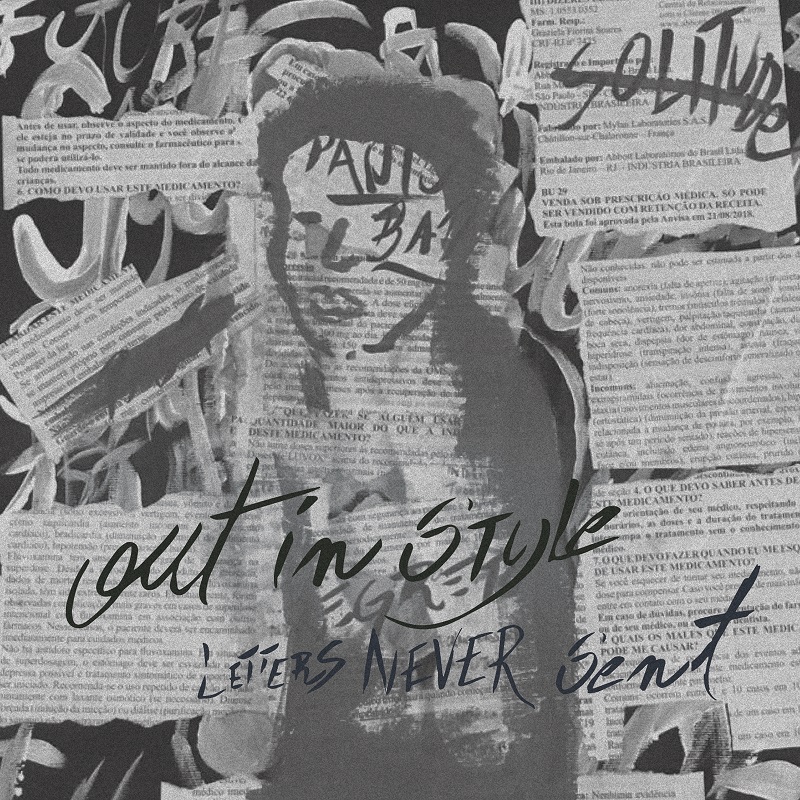 The lead singer stated:
‘Letters Never Sent is an album which took years for us to pick my favorite lyrics and build a story about it. It is extremely personal and emotional and it also features the best of each band member, showing how the band is more mature year after year.’

Out in Style is a Skate Punk band with members from Curitiba (Brazil) and Québec City (Canada). The band started in 2016, when bassist/singer João Xavier decided to record some of his own songs in the USA, at Nick Diener’s (The Swellers) studio, in Saginaw – MI. He called a drummer, Ricardo Niemicz, who had been living in Canada for a while, and asked him to join João in his trip. They recorded a 6 track EP, called “Coffee, Beer and a Movie” at Oneder Studios, mixed and egineered by Nick Diener from The Swellers. After that, they drove to Chicago – IL and released a single called “At The Sanatorium”, recorded, mixed and mastered by Dan Precision from 88 Fingers Louie at The Bombshelter Studios. Later, the band noticed a lot of downloads from bandcamp and Marlos Andrews joined the band as guitarrist. After that, they were invited to open the south american tour for Satanic Surfers (Sweden) and Antillectual (Holland). Then the band signed with italian label Too Loud Records and recorded their first full length album, called “Broken Dreams”, with the production, mix and master of Riccardo Daga at Titans Lab Recording Studio, released in early 2018, along with some music videos of the songs “Looking For You”, “Lucid Dream”, “Dreaming” and “Blindfolded.

After a lot of shows played in Brazil, the band toured Europe in October 2019, and recorded their second full length album, called “Letters Never Sent”, with the outstanding production, mix and master of Riccardo Daga at Titans Lab Recording Studio, out in 2020.