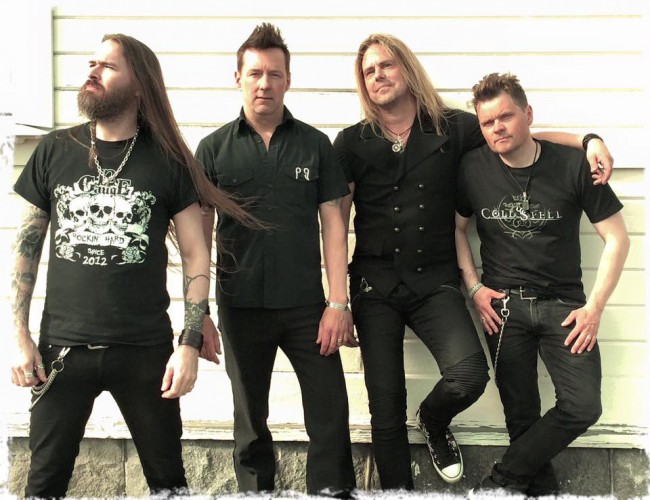 Another video released from Frozen Paradise
Swedish hard rockers ColdSpell posted a brand new video for the song ‘Legacy‘, out of their album ‘Frozen Paradise‘. The video can be viewed below. ColdSpell are going in the studio this autumn, to record their fourth full-length album.

The Swedish melodic rock band ColdSpell has been a rising star on the international stages and is one of the headliners at Scotland’s premier Wildfire Festival. And is warming up a US audience as runner-up to Judas Priest at Rock Fest in Wisconsin, USA and play the Rock N Skull Festival, October 18 with bands like Hardline, Faster Pussycat, Bulletboys, to name a few.

Their third album ‘Frozen Paradise‘ have gained excellent attention all around the world, and has among all been voted to top 10-lists in US, Australia and Greece. During 2014 the band toured US and UK twice, including a set at Hard Rock Hell AOR Festival, as well as a show at V’sby Rock.

ColdSpell is melodic hardrock from Sweden ‘ heavy and melodic with big choruses, edgy guitars and a big arena sound!