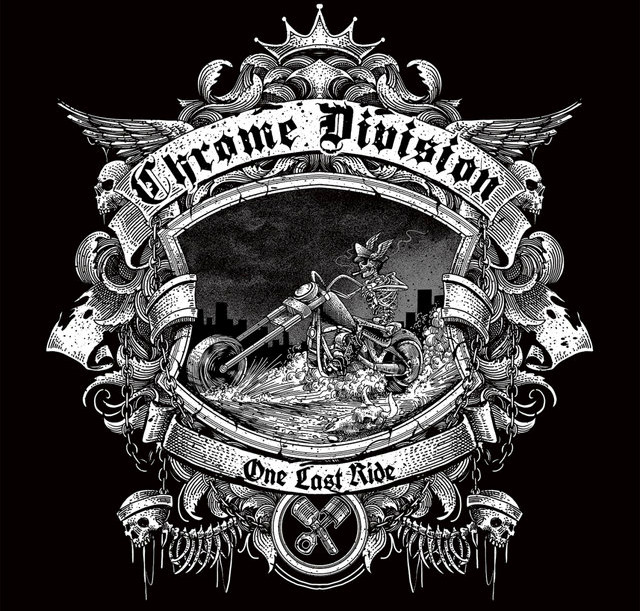 For this last trip, the Norwegians led by DIMMU BORGIR’s Shagrath once again got their original singer Eddie Guz on board and with ‘I’m On Fire Tonight’, CHROME DIVISION present another single from their new album. Watch the lyric video, here:

Start your engines and order the different formats of the new album here:
http://nuclearblast.com/chromedivision-onelastride

Last week, the band announced that they will hit the road with their new material and play 10 shows around Europe in February 2019. Supported by CROSSPLANE and VIRGINIA HILL, you can catch CHROME DIVISION on one of the following dates: