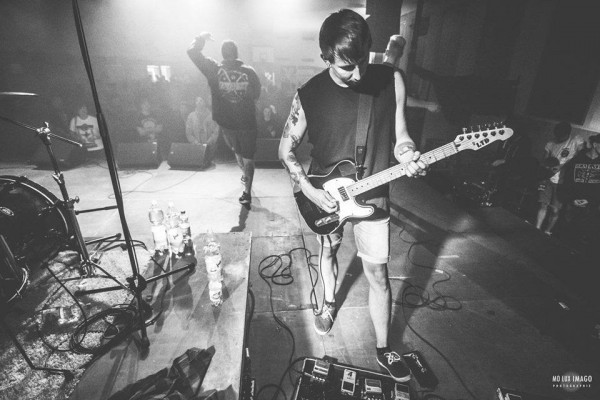 Another video from German hardcore mob

Based in Saarbrücken, South-West Germany, Choking on Illusions tries to create its own conception of modern hardcore –apart from the mass, autonomous, passionate and dynamic.

While maintaining a strong love and passion for alternative music, shown through countless events and concerts organized by members from the band, Choking on Illusions has been able to establish its name amongst a superior and growing pool of the hardcore scene.

Since the foundation in late 2008 and a major change in the preceding line-up in 2010, the band found its solid cast in the spring of 2011:

Choking on Illusions is Mario Strasser (Vocals), Jannik Aulenbacher (Guitar), Maciej Spiczak (Guitar), Christian Pontes (Bass) and Dustin Ueckert (Drums). Since then, the band retrospects on more than 110 live shows in the past 24 months, including 3 tours with The Green River Burial (Ger), Wasted Bullet (NL) and Chronographs (UK)