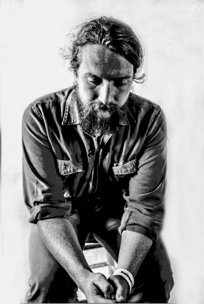 Following the release of the album’s first singles which produced sell out shows at London’s Slaughtered Lamb and Oslo’s Cafe Mono over the summer, Kentucky’s Tyler Childers has announced a headline UK tour set to run throughout January and February 2018.

Commencing at Brighton’s Komedia on January 29, the tour will include a date at London’s Omeara on January 30 before concluding in Glasgow as part of the Celtic Connections on February 3 – full UK and EU dates can be found below. In conjunction with headline dates, Tyler Childers has announced details of his UK debut album ‘Purgatory’, set for release via Thirty Tigers on January 5, 2018.

Recorded at Nashville’s The Butcher Shoppe studio, the 10-song record was produced by the Grammy Award-winning singer-songwriter Sturgill Simpsonalongside David Ferguson (Johnny Cash, U2). Of the album, Tyler says, “I am extremely grateful for Miles Miller introducing me to Sturgill Simpson, and also for Sturgill and David Ferguson taking the time to work with me. I think we all wanted to make an album for East KY, and I reckon that’s what we did. It’s not about rock, or grass, or country…it’s just hollerin’ in the mountains and stirring shit up! The band Sturgill and David put together was an all-star cast, and an honour to work with and learn from. I hope to do it again, but once is more than most are blessed with. For that I am thankful.”

In the US, Tyler has received praise from the likes of Rolling Stone and NPR, with the latter suggesting “‘Purgatory’ is likely to be one of Americana music’s big fall stories, not only for the way it addresses current crises like the drug plague ravaging the region Childers calls home, but for its more timeless moments, like this tender love song [‘Lady May’] offered to the 26-year-old’s fellow songwriter and new bride, Senora May.” She continues, “The intimacy he conjures is his gift, in this private moment made universal, and throughout his remarkable official debut.”