CHECK OUT CHECKING OUT 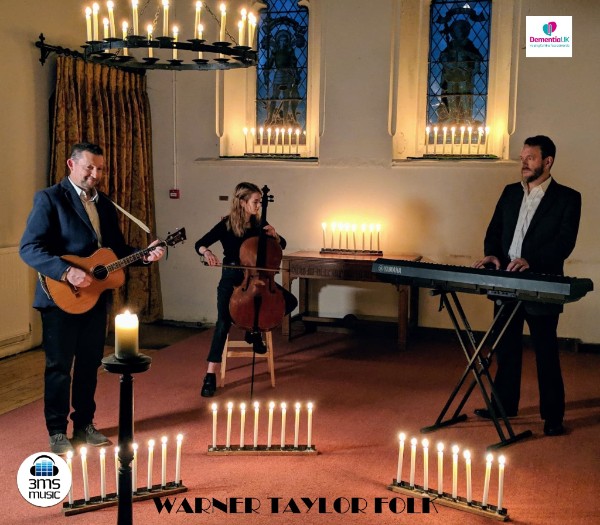 3MS Music are delighted to announce that today they will release a charity single by Warner Taylor Folk with all profits going to Dementia UK. “Checking Out” will be released today on digital formats [Cat Nos 3MS022DA]. This single is a truly personal endeavour, created by the label’s operations manager Denise Parsons, and inspired by the heartbreaking situation that her mum now finds herself in. The single can be downloaded from the project’s JustGiving page [link below] and of course music fans are encouraged to make a donation too.

Denise says, “My Mum Joan Parsons was diagnosed with Dementia a couple of years ago & despite her age of 90+ we never expected it as no one in the family had suffered with Dementia before. It was devastating to see her swift decline from a strong independent woman still running her own house at 90 to someone who was scared all the time and didn’t know who she was or where she was. Mum forgot who I was over a space of a few days. One day she knew I was her daughter, the next day she didn’t. I lost my Mum.

Mum is still with us but a shadow of her former self and I feel like I’ve lost her. She is in a care home which she hates but she needs looking after 24/7 which we could no longer do as a family. To see her there breaks my heart. We lost my Dad over 35 years ago but Mum no longer remembers him. To live out your last few years with Dementia not knowing who your family are is like dying before you’re dead. So very sad & lonely.”

Denise is also a radio presenter and one of her guests was a folk artist named Steve Warner who performed ‘Checking Out’, all about a husband dealing with his wife who has Dementia. The resonance with Denise was intense, it brought her to tears, and she knew that she needed to do something with the song. So with the help of Steve and Roly, who together make up Warner Taylor Folk [joined by Roly’s daughter Clary on Cello] and their producer Lauren Deakin Davies, they have created this charity single to raise money & awareness for Dementia UK.

With the help of cinematographer Richard Allen cinematographer, Denise [via 3MS Music] is releasing the single with an accompanying video (shot at St George’s School in Harpenden) with the simple hope that people fall in love with the song and its message and support this vital charity.