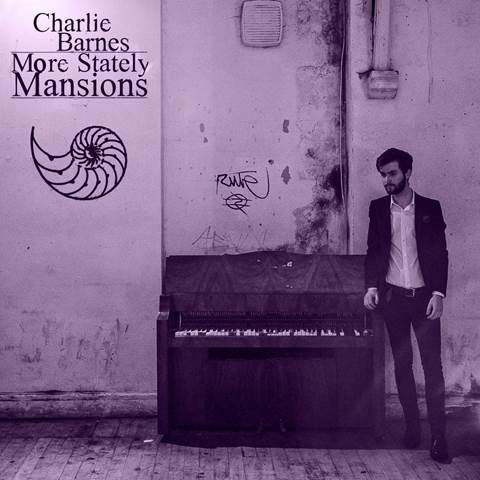 New singles and Spinal Tap with the Bastille touring member

Talented singer & multi-instrumentalist Charlie Barnes released his debut album ‘More Stately Mansions’ earlier this year, and today sees the release of a reworked version of the title track as a brand new single, coupled with an additional reimagined album track titled ‘Easy (Listening) Kid’, both previously unreleased. To celebrate the release of this new single, a video for ‘More Stately Mansions’ has been launched which you can view here:

Charlie had this to say: “The idea for this video came together essentially by accident. I can’t really remember what gave me the original burst of inspiration, so I reckon let’s go with the censored version for the front cover of ‘Smell the Glove’ by Spinal Tap (umlaut omitted by vote of iPhone keypad). Ryan and I story boarded the whole thing via Twitter using mostly emojis, shot it in a couple of hours one afternoon with the help of my girlfriend’s Dad (man knows his fire), and sat down to a lovely Sunday roast. The only real difficulties we had shooting the video were the parts when I continually erupted in giggles. Acting!”

Purchase the single from the following links:

Charlie has been touring the UK solo for the past couple of weeks, and tonight he finishes the run in Cambridge at Hot Numbers Coffee. He will then head out to Germany for more dates at the beginning of November. Full details below: